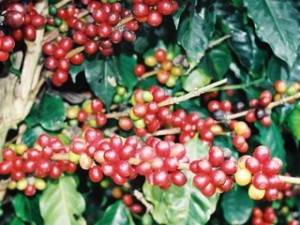 NOV 22, 2013 (Reuters)–Brazil will likely suspend debt payments being made by its struggling coffee producers as prices for the commodity remain near seven-year lows, the agriculture ministry said on Friday.

Minister Antônio Andrade told reporters the ministry has requested the National Monetary Council approve its plan to suspend producers’ debt payments until 2015 and the council indicated to the minister that it would approve the request in its meeting today.

The extension of producer debt is one of the standard responses of the Brazilian government to crises in the agriculture sector. Most of the debt in the farming sector is held by the state-run banks such as Banco do Brasil.

“The debts of production and commercialization of the crop will be renegotiated with the first payment falling due in July 2015,” Andrade said. He added that producers would have to pay down 20 percent of the current debts to qualify for renegotiation of the remaining 80 percent.

“We want producers to stop selling coffee to pay their debts,” said Andrade about the effects of producer selling on an already weak global coffee market. Brazil is the world’s largest producer and exporter of the commodity and when coffee prices weaken, producers need to sell more coffee to cover their monthly bills, which leads to a vicious cycle, or negative feedback loop, he said.

Front month New York ICE arabica futures hit their lowest levels in seven years earlier this month, due to the over supply of the commodity globally.

In recent months, Brazil auctioned to producers 3 million bags worth of options to sell coffee to government warehouses above market prices to help the troubled sector by soaking up excess supply after a bumper Brazilian coffee harvest.

Producers and cooperatives have threatened to protest, dump coffee on roads and suspend selling in recent weeks to pressure the government to accelerate negotiations and offer support to the sector in the face of the extended downturn in prices. The minister said he did not have an idea of the exact volume of debt that would be renegotiated.

According to market sources, Brazil’s most cost-competitive farms can produce at as low as 80-85 cent/lb in flatter areas with mechanized harvesting. But higher altitudes or hilly areas that rely more heavily on manual labor and that have lower yields will be losing money at these prices.

An informal estimate by the U.S. Department of Agriculture puts cost of production in Guaxupe, one of Brazil’s premier arabica regions in Southern Minas Gerais state, at $1.42/lb, well above current market prices for the commodity.