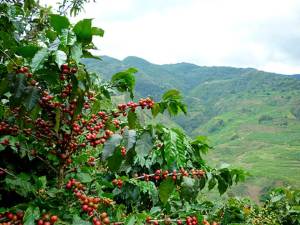 If every one of the 1.35 billion Chinese people would drink one cup of coffee per day the world coffee market would collapse … at least so go the popular saying when talking about China from coffee and everything else. Still very much a nation dominated by tea-drinking, it is highly unlikely that all Chinese will ever drink coffee on a regular basis, but industry analysts agree that in the medium-term future between 200 million and 300 million people in China will consume coffee every day. Starbucks CEO and founder Howard Schultz has already said he expects China to become the company’s second-largest market behind the U.S. in the near future and it is hard to find arguments or reasons that somehow would bring the Chinese boom in coffee to an abrupt end. All the contrary, and as local consumption in China is estimated to grow between 15 and 30 percent a year and as demand at home is growing, so is a series of new projects all looking at how to ensure that all this demand is met by local production in future years.

China’s government has laid out ambitious plans to increase the local coffee production to as much as 200,000 tons, or 3.3 million bags by 2020. The fact that the Chinese are planning toward this is something that should be welcomed by the world of coffee and not feared. Because based on current growth trends, any new coffee production from China will by most indicators all be gulped down by local consumers and for the foreseeable future, even if China is increasing production, there seem to be little doubt that China will remain a net coffee importer.

With current growth China’s coffee consumption could reach 4.5 million to 5 million bags as early as 2020, and some time between 2020 and 2030 it is highly realistic so expect consumption surging to between 6 million and 7 million bags, based on a consumer base of at least 200 million active coffee drinkers. This will make China compete with Japan for the spot as the world’s 3rd largest importing nation and that is why the world of coffee is watching China so closely. While the expansion of the local coffee industry in the last decade has been slow, the growth to be expected in the next 10 years will without doubt be explosive.