Climate Change Could Cut Coffee Farm Land In Half By 2050 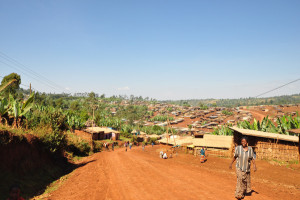 DEC 17, 2014 (Sciencemag.com)–Half of the land needed for coffee production could disappear by 2050. That’s the takeaway of a new modeling study, which estimates how climate change will alter conditions such as temperature and precipitation that coffee beans grow in. Researchers first obtained the locations now used for growing the world’s two most dominant coffee species—Arabica (Coffea arabica, pictured) and Robusta (Coffea canephora).

Then they used climate models to project the future climates of these areas in 2050 and how these climates would affect coffee growth. In a future in which humans make only modest progress to reduce carbon dioxide emissions, the world’s total land area with climates suitable for coffee growing falls by 50%, the scientists report online this month in Climatic Change. Major coffee-producing nations like Brazil and Vietnam could be especially vulnerable.

Near the equator, Robusta may at least partially displace Arabica, the latter of which is susceptible to high temperatures. But Robusta, which is more vulnerable to fluctuating temperatures, could suffer somewhat greater global losses overall. If the economics are favorable enough, some coffee production could potentially shift to higher altitudes or latitudes, the researchers suggest.

But some additional land would need to be deforested; that wouldn’t be good for the climate, because trees suck out CO2 from the air.

To see the FULL report; http://news.sciencemag.org/climate/2014/12/climate-change-could-slash-coffee-production-0-