Coffee Market Back Over $2/Lb After F.O Licht Report On Brazil Drought 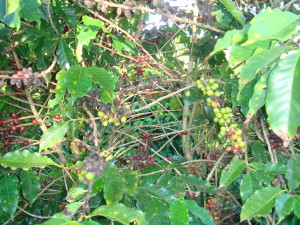 AUG 28 (SpillingTheBeans)–The New York Arabica market on Thursday rallied back to settle above the $2 per pound psychological barrier as the market continued to take in news of the latest damage reports from the drought-ridden producing regions in the world’s top grower Brazil.

The worst drought in over 70 years hit most of Brazil’s key coffee producing regions in January and February, causing severe damage to the current 2014-15 harvest, while raising doubt about the health of plants and soils ahead of the next 2015-16 harvest, for which flowering is due to start in the second half of September.

Thursday’s gains in the market were aided by a new report released by leading German statistician F.O.Licht, which in its latest World Market Coffee report released a special update on the drought damage in Brazil and the related effects on the market and supply and demand for this and next year.

The report contains an overview of production and consumption, as well as examining trade flows, current trends like sustainability and future challenges such as climate change, said a report by the GCR Magazine.

The report examines in detail the coffee producing regions in South America, Central America, Asia and Africa are examined in detail. The report provides a history of coffee in the areas, as well as information on the current situations, said the GCR report.

For more on the F.O.Licht report, please see GCR at: http://gcrmag.com/news/article/fo-licht-releases-world-coffee-market-report
-0-