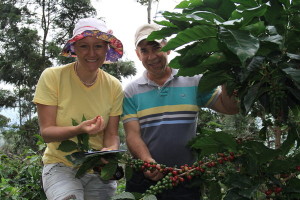 Taking in the beautiful view of the Cordillera Central mountain range in Jarabacoa, literally right in the heart of the Dominican Republic, SpillingTheBeans continues on her first journey of 2015 through the Caribbean. And what more fitting for our Coffee of The Day than to give recognition to the outstanding coffee of this region by one of the country’s top quality producers, Alfredo Diaz and the beans produced at his Don Alfredo Estate Coffee farm here.

The Don Alfredo Estate Coffee stands out for many reasons, but to coffee lovers more than anything else, is his commitment to preserve two of the all time favourite single varieties with cuppers, Caturra and Typica. Both varieties have rapidly been disappearing from the world map of coffee in the last decade due to the high vulnerability to the rust fungous. Cuppers, roasters and coffee lovers across the world are bemoaning the fact that these varieties are now threatened with extinction.

This Sunday’s coffee choice from Don Alfredo is a medium roast, fully washed single variety Typica coffee which represents all the very best notes of the classic Typica varieties that can be traced back to the Coffea Arabica initially discovered in southern Ethiopia’s Kaffa region around the 6th Century. It has a superb cup, with a bright acidity, smooth body and a complex mix of notes from dark bitter-sweet chocolate, wine, hints of citrus and floral flavors, all winding up in a wonderful full aroma and long-lasting after taste. Grown at altitudes between 1280 meters and 1500 meters, this coffee scored 92 points on the Coffee Quality Institute scale at a recent cupping session with roasters in Japan. 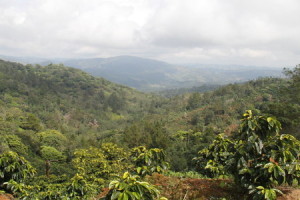 The Dominican Republic has like the vast majority of coffee producing countries across the world seen a sharp decline in its annual output during the last decade from the multiple challenges from years of poor prices falling below the cost of production, dwindling labor and increasing problems caused by climate change. At its peak the Dominican Republic produced close to 1 million 60-kilogram bags in the late 1990s, reaching an all time high of 941,000 bags in the 1997-98 crop cycle before production collapsed when prices crashed to historic lows during the 2001-2003 coffee crisis. The country, which shares the Island of Hispaniola with Haiti, managed to recover to produce the best harvest in 13 years with 682,000 bags in the 2011-12 cycle, before the onset of the worst outbreak of rust disease in the region’s history hit coffee farms across Latin America and the Caribbean in the 2012-13 harvest cycle. This new 2014-15 harvest production from the Dominican Republic is expected to reach between 200,000 and 250,000 bags only. 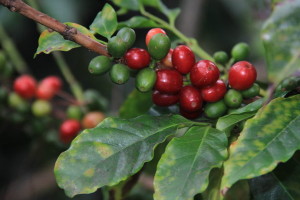 But good news to coffee lovers are that some 30 percent of the country’s farms have replanted areas infested with rust with new and stronger varieties and production is expected to start to recover by 2017. And even better news is that both the Typica and Caturra varieties are still found here in good volumes.