JULY 10, 2017–In honor of the World Coffee Producers Forum that starts today in the Colombian town of Medellin, the commercial capital of the country’s biggest coffee producing department of Antioquia, we are re-publishing this review of one of the many wonderful coffees that comes from Colombia. We are also excited to let you know that SpillingTheBeans will be covering the conference LIVE from the conference center in Medellin, so please stay tuned for all the latest news and coffee industry updates from here.

OCT 2014–There are days where you just want great coffee and don’t want to spend any time on experimenting. Today is one of these days, and in honour of the 2014 ASIC Coffee and Science conference in Colombia — which SpillingTheBeans attended last month — my Coffee of The Day is a single origin blend from the Colombian coffee town of Armenia, where ASIC was held. The beans used for the Café Quindío blend is mostly from the coffee highlands found around Armenia, in the province of Quindio and part of Colombia’s Eje Cafetero coffee region. This is a coffee with a lot of character in all the best ways possible; a balanced acidity combined with fantastic body and a wonderful rich aroma.

Café Quindío was established in 1992 with the “intention of offering the highest quality coffee” produced in the Eje Cafetero region, one of Colombia’s oldest and best known coffee regions, according to company information.

“While all Colombian coffee originates exclusively from the Arabica species, Cafe Quindío uses only the highest grade, hand-selected coffee cherries from the fincas (farms) of Quindío, thereby creating local employment and benefit for the people of Quindío, the smallest department (province) of Colombia. The philosophy of Quindío Coffee is to generate employment, add value to the coffee production process, and promote the culture of coffee through education about coffee in all its stages, from sustainable cultivation, harvesting, selection, processing, preparation and the diversity of all its applications.” 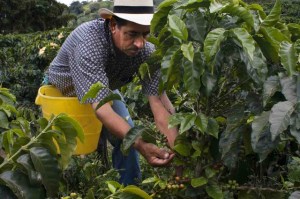 On Jan. 25, 1999, the town of Armenia was home to a devastating magnitude 6.2-earthquake that levelled large parts of the town and surrounding areas. Some 1,900 people died while 4,000 were reported missing and thousands more were injured and left homeless. The vast majority of the dead and damage were reported to be small holder coffee growers and workers, and an estimated 8,000 coffee farms were completely or partially destroyed. 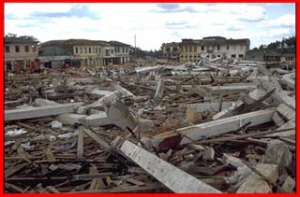 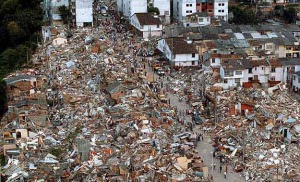 Today the town of Armenia and surrounding coffee region have been fully rebuilt and the coffee industry continues to be the backbone of the local economy and main source of employment. By buying the coffees from this region consumers will continue to provide support back to the communities that survived the 1999 quake in Armenia.