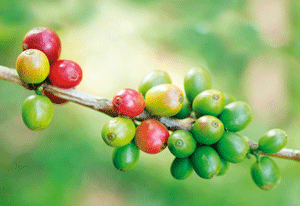 NOV. 28 (SpillingTheBeans)–Coffee prices weakened this week on news that the U.S. Department of Agriculture (USDA) had raised its forecast for production in the new 2015-16 harvest from the world’s largest grower Brazil, the Global Coffee Report magazine reported on Tuesday.

The USDA released a revised upward production for Brazilian coffee production to reach 51.2 million 60-kilogram bags, a 1.7 million-bag increase compared to its previous estimate, the Melbourne-based magazine reported, but still 3.3 million bags down on the previous 2014-15 harvest.

The USDA attributed the revised figure to better than expected agricultural yield in central-western part of the top producing state of Minas Gerais, as well as in the states of Sao Paulo and Espirito Santo, GCR said, adding the USDA now has the Brazilian Arabica production pegged at 34.2 million bags and the Robusta crop at 17 million bags.