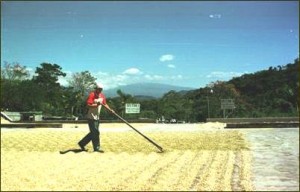 Costa Rica expects coffee output to drop by 19 percent during the current 2013/2014 harvesting season due to damage from the tree-killing fungus roya as well as low market prices, the country’s national coffee institute ICAFE said, according to the Reuters news agency in a report published Dec 19th.

ICAFE’s production forecast for the 2013/2014 season of 1,396,100 60-kilogram bags is virtually unchanged from a previous estimate in August.

Costa Rica, known for its high-quality arabica beans, is one of Central America’s smaller coffee producers.
The country produced 1.72 million 60-kg bags during the previous 2012/2013 crop.

“Damage to the crops from roya is lowering output while low prices have left farmers without the resources to combat it,” Ronald Peters, ICAFE’s executive director, told Reuters.

The coffee season in Central America and Mexico, which together produce more than one-fifth of the world’s arabica beans, runs from October through September.
-0-