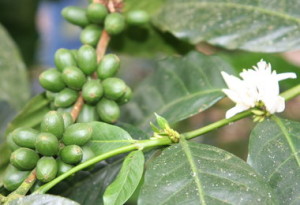 In November 2012, Ecuador exported 132,387 bags of coffee, and revenue totaled $23.6 million. Ecuador has about 200,000 hectares of coffee crop, of which 42 percent have been affected by the roya fungus. Production also has been curtailed by aging plants and climate change, among others factors.

Ecuador has said it plans to replace more than 80 percent of its coffee plants over the next eight years, aiming to increase productivity and plant varieties resistant to diseases, such as the roya fungus, the report said.
-0-