Evidence Grows of Lower Than Expected Coffee Harvest in Vietnam 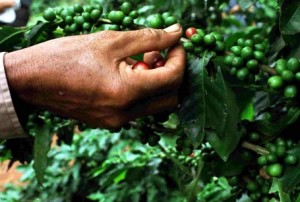 Exclusive SpillingTheBeans’ Harvest Insight: Evidence is growing on multiple fronts of the lower than expected coffee harvest in Vietnam, the world’s 2nd largest coffee producing and exporting country. Despite many traders remaining convinced of another huge crop from Vietnam in the current 2012-13 cycle, for which harvesting has been completed and shipments are now being wrapped up, the figures just don’t add up to support that believe.

SpillingTheBeans has visited Vietnam 20 times during the last 20 years and is in constant and regular contact with sources across the Vietnamese coffee industry. We last visited Vietnam’s key producing regions across the Central Highlands in December when harvesting was just getting underway of the current crop – and we did not meet a single producer who was expecting a better crop. Vietnamese producers and exporters uniformly aree that even though production is not going to fall as sharply as the 20%-30% drop predicted by the official Vietnam Coffee and Cocoa Association (Vicofa) the crop IS on average down between 10 to 15 percent from the 2011-12 record of between 24.5 and 25 million 60-kilogram bags.

Coffee exports from Vietnam, the world’s second largest grower and exporter, are pegged to drop 22 percent in the month of June to about 1.5 million 60-kilogram bags from the volume shipped in May, the Ministry of Agriculture has reported, according to Dow Jones in Hanoi. In its latest coffee export update the Ministry also said preliminary data indicate that total coffee exports in the first six months of 2013 from January through June are expected to drop sharply by 24 percent to 13.2 million bags, as early hopes for another bumper crop in the 2012-13 cycle was crushed by weather complications.

The judge is still out for how badly the next 2013-14 coffee harvest in Vietnam has been affected due to prolonged drought in the flowering period. But the one thing we know for sure is that the crop has been hit and flowering was damaged. We will be back with more here on this hot topic in the next few weeks so stay tuned for updates on Vietnam.