North American coffee producer Mexico has been growing coffee since the 1780s but years of low prices and poor farm maintenance has taken a hard toll on output. After producing the smallest crop in modern coffee history last year, Mexican growers are hopeful the current 2016-17 harvest will yield a recovery as farmers across the country have replanted areas following the rust disaster. And as production is set to climb, so is Mexico’s share of top quality beans for the specialty market. (This article was written as a special contribution by SpillingThebeans for the April edition of the Tea & Coffee Trade Journal) 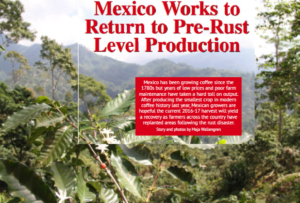 APRIL 2017 (Tea&Coffee.net)–Like a blanket of snow, tens of thousands of tiny white flowers on row after row of perfect young coffee trees cover every inch of the slopes on Finca Hamburgo here in Mexico’s southwestern Sierra Madre mountains. The new flowering is a beautiful sight and the perfume of faint jasmine with hints of citrus fills the air. The sight of young coffee is also a welcome sign in Mexico where farmers for decades have made little effort in replanting old and ailing farms. After three years of crisis the new 2016-17 harvest now being wrapped up brings hope to the industry that the country is finally on track to recover from the outbreak of the leaf rust fungus which cut production figures to 50-year lows. 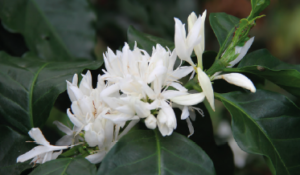 “The 2016-17 harvest has been coming in well and production is up from last year. Now we just had our first flowering for the next harvest and with all the young coffee in the replanted areas starting to come into production we are hopeful the next harvest will be even better,” said Tomas Edelmann, owner of the six-generation Hamburgo farm in the Soconusco region of Chiapas. Chiapas is Mexico’s largest coffee producing state and home to about 35 percent of total national output.

“The rust attack first started arriving in Mexico in 2014, right here across the border from Guatemala, and at the peak of attack an average of 60 percent of the coffee area in Chiapas was hit. This has by far been the worst crisis we have ever had to face here and a lot of farms literally gave up and have been left abandoned,” Edelmann, told the T&CTJ during a recent visit. 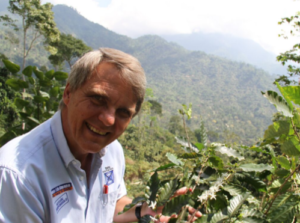 For the farms that remain in business, he said, it has been a “conscious decision to stay in coffee” and make the adequate investments, most notably by replanting the entire cultivated area at a massive cost. But with the investment into the farm also comes the expectations of a significant boost in productivity. Most growers agree that to stay economically viable farms today cannot survive with average yields below 20 to 25 bags of 60 kilograms per hectare. Yields in Mexico have in the last three years averaged 3 to 4 bags per hectare, according to the Ministry of Agriculture, also known as Sagarpa.

Coffee was introduced to Mexico from the Caribbean island of Martinique in the second half of the 18th Century. Even though cultivation didn’t reach the southernmost part of Chiapas until a hundred years later, it was in the Soconusco region that production quickly would take over as the biggest growing region of Mexico. Wedged into a long and narrow strip of fertile land the Soconusco region is to this date home to most of the country’s biggest and oldest farms and accounts for close to half of the entire output from Chiapas in an average harvest. 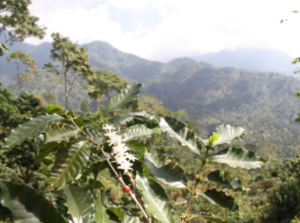 The U.S. Department for Agriculture, in its world market outlook for the 2016-17 crop cycle released last December, pegged production in Mexico’s current harvest to reach 2.2 million bags, up from the all-time low in modern history of 2 million bags in the last 2015-16 harvest, while it acknowledged both private and public replanting efforts underway.

“The plan is to renovate coffee plantations around Mexico and to put particular emphasis in the states of Veracruz, Puebla, Chiapas, Oaxaca and Guerrero” which were hardest hit by coffee rust, said the USDA. A total 60 million trees were planted to renovate 20,000 hectares during the 2016-17 crop cycle, part of overall plans for a subsidized program to renovate 200,000 hectares by 2020, it said.

From Mexico’s southernmost coffee area of Soconusco, across the indigenous heartland of central Chiapas and Oaxaca, to the country’s number two and three coffee producing states of Veracruz on the Gulf coast and central Puebla, growers are reporting better crops.

“The new harvest is definitively coming in both bigger and better than last year, and the replanting efforts are starting to show results in bringing the rust outbreak under control,” said Arturo Hernandez Fujigaki of the Etrusca coffee company, speaking to the Tea & Coffee Trade Journal in the company headquarters in Mexico City.

Etrusca has for over 20 years specialized in bringing Mexico’s finest beans to exporters abroad, while at home in Mexico it dedicates a special division in training industry stakeholders in everything from barista art to roasting skills and the fine technicalities of cupping as licensed Q-grader instructors. In 2015 Etrusca also completed the process to become Mexico’s first laboratory licensed by the Long Beach, CA-based Specialty Coffee Association as an international training campus.

The growing interest in quality beans not only in markets abroad but also by emerging coffee lovers in the domestic Mexican market is increasingly seen as a path toward a sustainable future where farms are expected to operate with continuously higher costs all while they stay competitive. This, officials and growers agree, will only come through even more focus and dedication on niche segments in the specialty markets such as single-variety micro lots.

“It has long been very clear to all the stakeholders in the Mexican coffee industry that regardless of whether you sell to the growing local consumer base or the export market, the demand for quality and top grade beans continues to become more rigorous. Today, and even more so after the rust crisis, farms and producers won’t survive unless they expand the share of their crop they can sell to these select niche markets,” said Hernandez, who recently launched Etrusca’s “Barista Champ Limited Harvest” line to promote such micro lots. 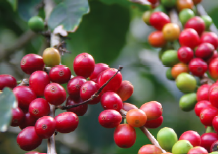 Of Mexico’s 13 coffee producing states, Chiapas, Veracruz, Puebla and Oaxaca account for between 90 and 95 percent of the national harvest. But of the nine smaller states even tiny growers like Nayarit and Hidalgo today have secured a name in the specialty market through micro lots with unique cup qualities.

“What is interesting with all the smaller regions in Mexico is that we still have small areas that have been isolated from the bigger regions and here we can find these unique qualities that roasters love to see in micro lots because these growers still have a high share of the old typica and bourbon varieties in their farms, varieties that are famous for their cup quality but which are disappearing in many parts of the world because of problems such as rust,” said Hernandez. “What is a positive development that has started to emerge from the last three years of rust is that growers have not only replanted with more resistant and productive varieties, but we are starting to get really unique varieties, like the Geisha micro lot from Finca Irlanda that came on the market last year. This is a certified organic Geisha and our buyers in Germany were so impressed they pre-ordered the entire Geisha lot from the new harvest even before picking started,” he said.

Spread out on 310 hectares of land in the Soconusco region Finca Irlanda was the first farm in the world to embark on growing organic coffee all the way back to 1927. As an organic farm Irlanda was particularly hard hit by rust and is now half-way through a complete replanting of the cultivated area, said Walter Peters, the 85-year-old 2nd-generation owner of Irlanda which his father started working on shortly after arriving to Mexico as a young immigrant from Germany.

“Up to the outbreak of rust we had 250 hectares of the farm cultivated with coffee, but now we are in the process of taking out between 30 and 40 hectares of land in more marginalized areas of the farm where coffee cultivation no longer is economically viable, mostly in the lower altitudes which we are turning into conservation area,” Peters said. 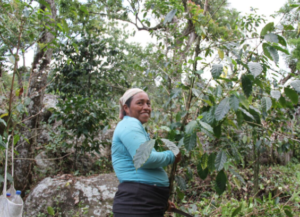 Mexico’s coffee growing landscape has gone through major changes over the last decade, but most notably is how vast areas of coffee has been left in various states of abandonment as the effects of improved economic opportunities has made work in rural agricultural communities unattractive to all but the most desperate of Mexican workers. Even so, Mexico maintained production of about 4.5 million bags all the way up to the outbreak of rust, and industry officials are confident that production will recover to these levels.

“If we look at how much land Mexico has with coffee, over 730,000 hectares according to the Agriculture Ministry, we should be able to preserve production of between 4.5 and 5 million bags, even with a lot less growers on less land involved. I am sure that we will see the production numbers recover to the pre-rust level over the next few years but with farms in much better shape and with even better quality beans than in the past,” said Hernandez.

*Maja Wallengren has been writing about coffee for more than 23 years with first hand reporting from close to 50 coffee producing countries across Southeast Asia, East and West Africa and across Latin America. She can be reached at: http://spilling-the-beans.net/contact/