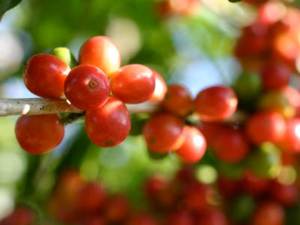 Coffee cultivation was never made a priority in China and by 1965 the total cultivated areas was believed to be around 4,000 hectares. That area would quickly go into decline and almost disappeared as political priorities in the 1970s and 1980s increasingly called for agricultural land to be used with a priority for food production. But in the late 1980s the local government of the Pu’er region in Yunnan province invited Swiss food giant Nestle to set up a joint project in order to reactivate coffee production and by the mid-1990s Yunnan’s coffee acreage was back to 4,000 hectares in production. A decade later thanks to the efforts by Nestle the area under coffee cultivation had more than doubled to about 10,000 hectares and the last 10 years have seen an explosion in new plantings. Total annual production reached about 1.2 million bags in the last 2013-14 harvest and is seen rising to 1.4 million bags in the new 2014-15 crop year.
-0-