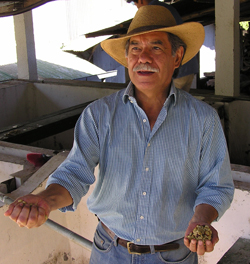 July 2 (SpillingTheBeans)–Guatemalan coffee grower Arturo Aguirre on Tuesday won the top price of $45.10 per pound in the 2013 edition of the Cup of Excellence internet auction with his winning lot from the farm El Injerto in northern Huehuetenango province.

In what is already an unprecedented case of truly extraordinary coffee excellence this is the 8th time — YES, you read correctly, the 8TH TIME — that Don Arturo has won the top price in the Cup of Excellence since the auction was first held in Guatemala.

In four of the last five Guatemalan auctions Arturo took home the top prize and he holds the world record for the CoE auction of $80.20 per pound with his best lot of all years from 2008. That lot scored 93.68 points out of a maximum in the 100-point grading system, which evaluates a coffee on everything from body, acidity, flavor and aroma to aftertaste. 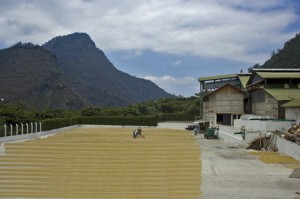 Since his world record of $80.20/lb SpillingTheBeans has PROUDLY decided to name Don Arturo Aguirre The Best Coffee Grower in The World.

We are THRILLED to once more see El Injerto repeat the feat and extend this ultimate honor to Don Arturo and the rest of the team behind the efforts at El Injerto, from grower to picker and to everybody else at El Injerto who has contributed to this incredible achievement.

The record for growing quality coffee which Don Arturo has managed to not just achieve at El Injerto, but which he has managed to repeat and consistenly maintain year after year is simply unmatched in the world of coffee. We remain in AWE of this commitment to quality in coffee growing! 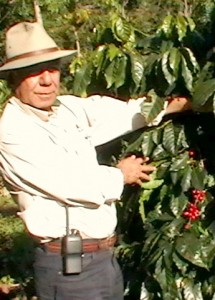 This year’s Cup of Excellence in Guatemala also set another world record for the auction by reaching an impressive $13.01 per pound in AVERAGE price for all the coffee sold at the auction. These prices are well deserved and congratulations to all the coffee growers in Guatemala who have worked so hard to make this happen.

For more news about this and other subjects PLEASE subscripe to the NEWS LETTER here which once a week will bring you top coffee news in English and en español and PLEASE leave a comment – I’d love to hear your thoughts! 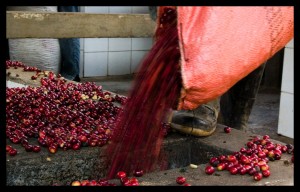