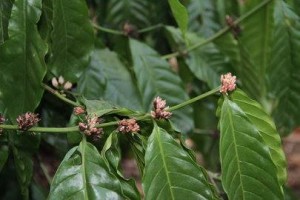 APR. 2014 — India’s coffee production during the current marketing year is likely to fall from a previous estimate as heavy rains during the peak growth stage adversely affected the crop, the state-run Coffee Board said, Debiprasad Nayak of Dow Jones Newswires reports from Mumbai.

The country, Asia’s third-largest coffee producer, is expected to produce about 311,500 metric tons during the marketing year that started October 1st, down 10% from the earlier estimate, the board said. The expected fall in coffee output from India may help prevent a decline in global prices, which ended down 23% in 2013 following fears of growing global supplies.

The Coffee Board said continuous showers during the monsoon season led to berry drop and the uprooting of shade trees. Total rainfall in India during the June/September monsoon season was 6% above average, but the intensity was more during the first half of the season. The board estimates arabica production to drop by 8% to 102,000 tons, while robusta output is expected to fall by 11% to 209,500 tons, the report said.
-0-