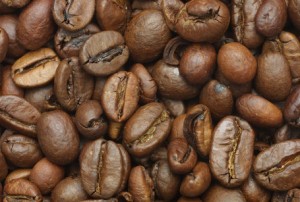 JULY 26 (SpillingTheBeans)–Cash differentials paid for arabica coffee in Central America and other Latin American Arabica origins strengthened this week even as New York futures prices hold on to most gains accumulated during the last two weeks of trading.

Premiums for top grade SHB coffee from Guatemala, one of the countries most severely hit by the worst outbreak in history of the leaf rust crop pest, were quoted at between 26 cents per pound and 27 c/lb while a “couple of containers with hard beans that found its way to the market” from Guatemala were quoted at premiums between 17 and 18 c/lb, traders said.

El Salvador, where like in Guatemala between 50 and 70 percent of the entire coffee area is hit by varying degrees of rust, have little coffee left and nothing offered, but traders say exporters and producer groups are willing to sell HG beans at premiums between 8 and 9 c/lb and SHB at premiums between 14 and 15 c/lb. Higher volume offers attract the slightly cheaper differentials.

Nicaraguan SHG are on par with those of El Salvador. Honduras and Mexico, long the region’s cheapest source of top-quality coffee, were attracting offers at between 8 and up to as high as 12 cents premiums for Honduran SHG and Mexican HG EPs.

As an interesting indicator of the severety of the rust disaster, premiums for fresh beans picked in the last two months in Peru continued to stay firm, with top-quality MCMs fetching premiums as high as 10 cents per pound and showing no signs of easing even as the new crop flow has been picking up across Peruvian coffee regions in recent weeks.

Central America supplies about half of the top-quality Arabica beans produced in Latin America, which is home to about 75 percent of the world’s mild washed Arabica coffee exports.

Differentials have further strengthened as most offers from origin now are quoted against the higher-based December Arabica contract at the ICE exchange in New York.

The following table shows the differentials for the main arabica coffee grades from Latin American origins this week as quoted in cents per pound against the December “C” contract at the ICE exchange in New York. Quotes are mostly for 2012-11 crop, free on board for Sep-Oct delivery.

–By Maja Wallengren, a Blog Exclusive for SpillingTheBeans