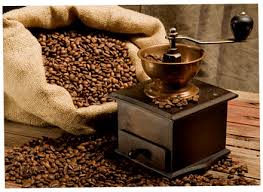 JAN 14 (SpillingTheBeans)–Arabica Coffee SURGE on renewed Brazil drought concerns as heat wave continue across the main coffee regions in the world’s largest grower. March prices were up 7.05 cents at $1.8400/Lb on Wednesday in early session at the ICE exchange in New York (9:52a.m. EDT), before origin selling pulled prices back to close at $1.7985/lb.

For more on the latest price activity, please see: http://af.reuters.com/article/ghanaNews/idAFL6N0UT2R820150114?sp=true

*For SpillingTheBeans’ full 2014-15 coffee market outlook and forecast for the coffee year ahead, see: http://spilling-the-beans.net/video-the-world-is-running-out-of-coffee-market-insight-live-from-coteca-in-hamburg/

***
JAN 9 (SpillingTheBeans)–Arabica coffee prices ended the first full week of trading in 2015 on the rise, with prices consolidating above $1.80 per pound for the first time since late December as a new heat wave threatened to expose coffee regions in the world’s largest growers Brazil to more drought damage. Active March futures closed up 3.15 cents at $1.8005 per pound on Friday at the ICE exchange in New York after a session marked by heavy volume while more forward May futures settled 3.15 cents higher at $1.8270/lb. Traders said the market remains under “intense pressure” by the continuing problems in Brazil, where coffee regions in 2014 suffered severe damage from the worst drought in over 70 years. This is in addition to to an already precarious situation for the world coffee balance which is suffering a deficit from lower than expected crops in most producing countries across the world while global stocks are depleted.

Jan 6 (SpillingTheBeans)–Arabica coffee prices continued to rally on Tuesday at the ICE exchange in New York as traders returned in full force to the market with active March futures up 5.20 cents at $1.7330 per pound in late session. Trading was busy with heavy volumes participating in a market under intense pressure from continuing supply problems in the world’s biggest grower Brazil and depleted global stocks. More forward May futures were up 5.05 cents at $1.7580/lb at 12:39 EDT.

“The bottom line is that even if the drought damage in Brazil is not as bad as initially feared, there’s still a lot of damage and we have a deficit in the world coffee balance, so the market is getting nervous about having gone too low before the end of the year,” one trader told SpillingTheBeans by telephone from New York.

Jan 5 (SpillingTheBeans)–Arabica coffee prices surged back into lively action on Monday at the ICE exchange in New York as traders returned to the market place after the New Year holiday, with priced rallying back to their levels before the end of the year. Active March futures settled up 7.05 cents at $1.6810 per pound while more forward May futures closed up 7.00 cents at $1.7075/lb. Despite the last few weeks of lower trading levels the technical range for prices remain between $1.80-$2/lb.

Jan 2 (SpillingTheBeans)–Arabica coffee prices kicked off trading in 2015 with a disappointing downward trend on Friday at the ICE exchange in New York. Active March futures settled down 5.55 cents at $1.6105 per pound while more forward May futures closed down 5.55 cents at $1.6375/lb. Prices opened lower across the board but quickly moved into higher territory until the bear camp, aided by light and easily manipulative trading volume, succeeded in driving prices down on technicalities. Overall fundamentals, however, are still supporting a drive toward higher prices in 2015 as a major supply deficit prevails in the world coffee balance and global stocks are depleted.

For more analysis on the recent coffee price behavior, please read on;

DEC 31 (SpillingTheBeans)–March Arabica coffee prices ended the year on a higher note on Wednesday at the ICE exchange in New York with prices settling up 1.80 cents at $1.6660 per pound on the last trading day of 2014. Market activity has remained lack-luster through most of December, with prices retreating to slightly lower territory in what green bean traders in New York told SpillingTheBeans are in anticipation of higher prices starting to come back in early 2015.

“There is always a push and pull in prices and there has been no significant changes to fundamentals in the last few weeks, so prices have had the technical support to withdraw to slightly lower levels. But come January when the reality of very low stocks and inventories will start to show up, and prices will climb higher once more,” said one trader.

Prices started moving below the $1.80/lb-barrier in early December following a couple of reports that predicted slightly lower losses than expected from bad weather in the new 2015-16 harvest in the world’s biggest grower Brazil, for which picking starts in late April. But even if the outlook improves — which is still too early to predict until the flowering and bean formation period is completed in the second half of February — analysts overall agree that there will be a significant deficit in the 2014-15 world coffee balance.

SpillingTheBeans have since August 2014 maintained that prices remain in a range for now between $1.80 and $2 per pound, and even if prices in the last few weeks have dipped below the bottom mark, that does NOT change the fundamentals on which prices currently trade. Just as we saw prices in September move above $2 per pound all the way up to near 3-year highs of close to $2.30/lb, prices have similarly dipped below the $1.80 mark. This is all part of the sporadic high and lows on each side of the margin which is completely normal trading behavior in the physicals market.

As the market is preparing for the return to trading on Jan. 2, 2015, all eyes will be on Brazil and how the first post-flowering forecasts will come out, most notably by the Brazil Crop Supply Agency, Conab, which is scheduled to report its latest figures by mid-January. More forward May futures closed up 1.80 at $1.6930/lb.
-0-