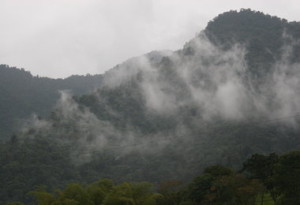 JAN 1, 2014 (Investor’s Business Daily)–After years of overabundance, a brewing global shortfall in coffee could heat up prices as much as sevenfold over the next decade.

Hackett believes a shortage of Robusta beans, primarily grown in Vietnam, is triggering a bull market in coffee just as Brazil’s Arabica shortage in 2010 sparked a yearlong uptrend. A drought in Vietnam last winter led to smaller-than-normal sized beans, which reduced the yield per tree.

Some 80% of crops have been harvested since the season began in late October, while London stockpiles have nearly evaporated.

“This is a sign of huge Robusta deficits and that London certified stocks have been the only means to keep the market from running out,” Hackett wrote in the Dec. 15 issue of The Hackett Money Flow Report.

As a result, buyers are being forced to switch from Robusta to Arabica, but Brazil’s low-quality Arabica is also in short supply. Brazilian farmers switched to growing Robusta over the past few years, while Roya leaf rust, a deadly fungus, destroyed much of Central America’s output. IntercontinentalExchange Group’s (ICE) stockpile of certified coffee has started falling. Meanwhile, coffee demand climbs to new records every year.

“When I run the numbers, we are looking at a sizable Arabica deficit between now and the spring of 2014,” Hackett wrote.

Global coffee exports in October and November, the first two months of the 2013-14 growing year, fell 11% from the year-ago period, according to the International Coffee Organization.

On the stock market, IPath DJ-UBS Coffee ETN (JO) dripped 33% lower in 2013 as Arabica coffee prices fell to their lowest level in nearly seven years. They’d already plunged 55% two years prior. JO has slumped about 75% from its May 2011 peak to a November 2013 trough amid record production in Vietnam and Brazil as farmers boosted planting acreage and grew higher-yielding plants. But the ETN has shot 14% off its all-time low to a three-month high this week.

Silver, down 37%, and coffee, off 31%, plunged the hardest last year among the 22 commodities tracked in the DJ-UBS Commodity Index. The index fell 10% in 2013 with only eight components posting gains.

“Commodities in general and gold specifically were pressured by a government shutdown, a strengthening economy, lower-than-expected inflation and concerns over the growth in the Chinese economy,” S&P Dow Jones Indices said in a commodities report issued Monday.

Assets invested in commodity ETFs plunged 25% in 2013, according to Morningstar. Outflow totaled $29.5 billion in 2013, a sharp reversal after absorbing $10 billion in new money in 2012. Precious metals funds accounted for $28 billion of the total outflow.