MARKET INSIGHT: Can Coffee Futures Rally In 2017? The View By The Analysts 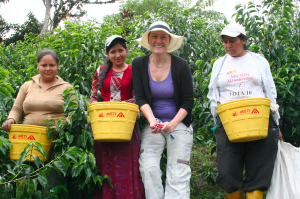 *
By Mike Verdin
For www.agrimoney.com

JAN 13 (Agrimoney)–Coffee futures soared for much of 2016, boosted by supply worries in particular in the robusta market, which fed through into a rare clamour even for low quality arabica beans too.

But arabica futures dropped back late in the year, limiting gains for 2016 to 8.2%, as a decent Brazilian flowering period boosted hopes that output of this variety at least in 2017 will prove strong for what is an “off” year in the country’s cycle of higher and lower production years.

Robusta futures fared better, ending the year 45% up. But will they now follow Arabica into retreat? Or will arabica futures find renewed vigor? Leading commentators give their views;

CEPEA
Lower production in Brazil may maintain firm prices in 2017. Domestic buyers consulted are already worried about the likely fair supply of the grain in 2017 and also in early 2018. This scenario should keep coffee prices steady.

Even without official estimates of Brazilian production for 2017-18, initial signs already indicate that it should be lower. It being a negative year [in Brazil’s cycle of alternate higher and lower producing years], added to the pruning/cuttings carried out in the main growing regions, should reduce output.

As for robusta, the return of rains, especially in Espírito Santo, has encouraged producers. However, production should not reach levels. This is because many crops will not be able to recover, while others have even been uprooted.

Regarding prices, after a year of fluctuation in arabica values, observers consulted by Cepea are more optimistic for 2017, based on the expectation that the 2017-18 harvest is 20-30% lower year on year.

For lower quality coffees, values ​​can also be maintained at firm to high levels as, since robusta production should not recover, roasters should continue to look for the lower grade arabica for their blends.

COMMERZBANK
It doesn’t look as if the coffee shortage will come to an early end. Even in 2014-15 and 2015-16, there were global deficits of 2.7m and 3.3m bags respectively, which eroded the stocks previously built up. Now 2016-17 will be a third season ending in a deficit.

The continuing shortage is mainly a result of poor robusta crops in 2016-17. This is due to poor harvests in the main coffee-growing countries. And in Brazil, since blooming is still suffering from excessively dry weather in the main cultivation state, Espirito Santo, the outlook for the next robusta harvest is once more gloomy.

In the case of arabica, the latest record Brazilian harvest and strong Colombian output after a period of crisis currently ensure ample supplies.

Overall, we think it likely that the coffee market will be balanced at best next season too. With stock levels having fallen, the shortage can be expected to continue. If Brazil were to experience a severe cyclical downturn in output after all, the balance could soon develop into another deficit.

Under these circumstances, we expect the price of coffee to remain high. The market could however be subject to intermittent volatility from exchange-rate fluctuations. If the Brazilian real continues to depreciate over the course of the year as expected – either for internal reasons or in response to US interest rate hikes – prices will no doubt be checked accordingly. The expectation of a better robusta crop in Vietnam 2017-18 should have the same effect.

FOCUS ECONOMICS
Coffee prices continued the escalation that began at the outset of the year and broke the 160 cents-per-pound ceiling.

Unfavourable weather conditions in Brazil and Vietnam are putting downward pressure on crop yields and pushing up prices. The upward trend in prices, which stems from lacklustre supply in top producer countries and increased global consumption particularly from China, India and the US, will likely persist throughout the forecasted period.

SUCDEN FINANCIAL
An impressive bull run in both arabica and robusta contracts saw coffee become one of the Bloomberg commodity index’s top performers. We cited changing demand trends as one of the reasons for this with millennials consuming a larger variety of coffee and drinking more cups.

The New York market has sold off sharply. We suspect that a combination of long liquidations along with algorithmic traders may have exaggerated moves. If we see some stability around 140 cents a pound we could see futures push back towards 150-160 cents a pound.

The fundamental outlook remains unchanged since November as strong demand which supported the market throughout 2016 is set to continue into the coming year. From a supply side, we suspect a rise in production will loosen the tension on the market and as we move through 2017 see prices soften towards the second half of the year.

These four consecutive deficits in the coffee market would amount to almost 10m bags, which would eat most of the 12.6m-bag stocks built during the high production years of 2012-13 and 2013-14.

For the chance in robusta share in non-producing countries to actually decreased in this way, we will need to see a narrowing arbitrage [between arabica and robusta prices], which is what we expect, given a sharp global deficit in robustas, but good availability of milds.