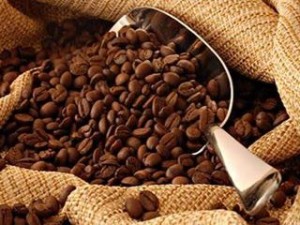 DEC 6 (SpillingTheBeans)–Active March Arabica coffee futures closed up 0.40 cents at $1.0640 per pound on Friday at the ICE futures exchange in New York after an event-less day marked by little trading activity in a quiet market. Traders said the market “desperately needs an indicator that gives it a more clear sense of direction” with overall trade still dominated by the bear-camp that believes supply is plenty-full for now. But, said one trader, the bear-camp is also concerned about going any lower and testing levels below the heavy psychological barrier of $1/lb as they are aware this could have precarious and “potentially disastrous” effects on the current market where prices already are trading well below the cost of production in most producing countries. More forward May Arabica futures also settled up 0.40 cent at $1.0865/lb but ended the week below the week-ago level of $1.0810/lb.

***
DEC 5 (SpillingTheBeans)–Active March Arabica coffee futures closed down 2.40 cents at $1.0600 per pound on Thursday at the ICE futures exchange in New York as the market entered a new battle between bears and bulls over the direction of the market. Most of the contracts opened flat but early attempts to get the market back up were quickly overrun by fund selling. The market is tugged between the bear-camp that argues there is plenty of coffee to meet supply needs, and the bull-camp that argues too much weather damage in most of the world’s leading producers have not been taken into account. More forward May Arabica futures meanwhile settled down 2.45 cent at $1.0825/lb.

DEC 4 (SpillingTheBeans)–Active March Arabica coffee futures closed down 1.80 cents at $1.0840 per pound on Wednesday at the ICE futures exchange in New York as traders took advantage of three days of consecutive gains and profit-taking set in. March prices opened down 0.10 cent but quickly started to rise and surged to $1.1290/lb in what appeared to be a solid attempt supported by “decent volumes” in physical trading before profit-taking took over and drove prices down. Traders told SpillingTheBeans that concern still weigh on the market from “significantly lower shipments” out of Vientam than bull expectations for a huge crop and that some roasters have mentioned the possibility of buying replacements from the new Latin American arabica crops just starting to reach the market in recent weeks. More forward May Arabica futures meanwhile settled down 1.75 cent at $1.1070/lb.

DEC 3 (SpillingTheBeans)–Active March Arabica coffee futures closed up 0.30 cent at $1.1020 per pound on Tuesday at the ICE futures exchange in New York after traders followed news from the London robusta market where prices surged on the continuing slow flow out of Vietnam. March prices opened flat but quickly started to rise, surging to $1.1110/lb before the bull movement lost steam and bears brought the levels back down. But prices stayed firmly above the $1.10/lb-barrier as concern in the market continued to rise on the dwindling robusta stocks and the possible need for some roasters to buy replacements from the new Latin American arabica crops just starting to reach the market in recent weeks. Coffee exports from the new 2013-14 crop in Vietnam, the world’s 2nd largest coffee grower, have been coming in well below pace and some traders have adapted curious statements to explain why the early idea supported by the bull-camp in the market of a gigantic record crop in Vietnam has failed to materialize. More forward May Arabica futures meanwhile settled up 0.35 cent at $1.1245/lb.

*March Arabica Coffee Up In O-night Trade Dec 3 And Back Over $1.10/lb Barrier

DEC 2 (SpillingTheBeans)–December Arabica coffee futures closed down 0.85 cent at $1.0940 per pound on Monday at the ICE futures exchange in New York. Prices opened down 0.45 c/lb and moved in a narrow range without much sense of direction, as low volume prevented any decisiveness to move the market either way, traders said. They said many market players are still absent following the weekend after the U.S. Thanksgiving holiday which many in the U.S. had used to take a long weekend off. Low volume continued to dominate the market, but Arabica futures hold on to most of the gains from the last session, where prices ended up 2.65 cents at $1.1025/lb. The market is particularly keen on indicators for the flowering of Brazil’s next 2014-15 harvest, for which the first official report from the Brazilian crop supply agency Conab is expected in the next two weeks. More forward and active March Arabica futures settled down 0.95 cent at $1.0990/lb.