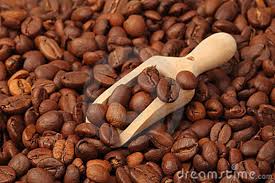 MAR 16 (SpillingTheBeans)–Arabica Coffee futures surged on Monday at the ICE exchange in New York with active May prices up 8.40 cents at $1.3820/Lb just before settlement as the market became weary of funds moving back into net-short positions amid speculation of future supply problems. More forward July futures were 8.30 cents higher at $1.4145/lb.

“This morning’s action is a direct result of the funds going short again,” one green coffee traders at ICE told SpillingTheBeans by telephone from New York.

The funds, which were holding net short positions near record highs through most of 2013 and 2014 started liquidating these positions and reversed into net-longs as of July 2015. The funds remained long until March 6th this year when the first report showed the funds back in net-short territory.

As of March 13th the funds were holding net-shorts of between 10,000 and up to as much as 12,000 positions, traders told SpillingTheBeans, or the equivalent of between 2.5 and 2.9 million 60-kilogram bags.

Prices started moving below the $1.80/lb-barrier in early December following a couple of reports that predicted lower losses than expected from bad weather in the new 2015-16 harvest in the world’s biggest grower Brazil. But even if the Brazil outlook improves analysts overall agree that there will be a significant deficit in the 2014-15 and 2015-16 world coffee balance.

The last month of downward movement in the Arabica prices has pushed the trading range for Arabica futures back to between $1.40 and $1.60 per pound, a significant drop from the previous range.

For SpillingTheBeans’ full 2014-15 coffee market outlook and forecast for the coffee year ahead, see: http://spilling-the-beans.net/video-the-world-is-running-out-of-coffee-market-insight-live-from-coteca-in-hamburg/