At the turn of the Millennium in the 1999-2000 crop cycle Mexico was the 4th largest coffee producing nation in the world. Then came the crisis and as international prices crashed to historical lows so did production and Mexican coffee growers have struggled to bring production back on track ever since. But while major challenges loom and uncertainty prevails for the scale of coffee output from Mexico in the future, the local coffee consuming culture has been flourishing in the last decade and Mexican producers are today drinking an increasing share of its own coffee at home. 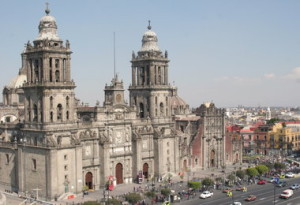 (from the April 2013 edition of The Tea & Coffee Trade Journal)

Mexico has been a popular tourist destination for most of the past Century and from the early days of the 1930s when Hollywood starts started to flock to the Mexican beaches of Acapulco. And while tourists have been exploring the fascinating history of the grand empires of the Mayans and Aztec, spectacular beaches, colorful colonial architecture and exotic cuisine, the only complaint tourists always agreed on was the lack of good coffee.

“Although Mexico is a coffee-producing country, to this day, most of the good stuff is exported, and when I first arrived in Mexico City in 1990 it was not easy to find a good cup of coffee,” said David Lida, a U.S. author who has written many books on Mexican culture.

“In certain homes, when guests arrived, it was still considered ‘sophisticated’ to bring a jar of Nescafe to the table. Many Mexicans would forego coffee altogether, having been convinced that things go better with Coke. But suddenly in the late 1990s and early 2000s, cafés began to spring up one after another, multiplying like a virus. Who would have ever thought that people in Mexico City would have developed such an urgent jones for caffeine?” Lida said.

Not only have the people of the multi-cultural cosmopolitan Mexican capital of some 20 million people embraced coffee drinking like never before, from urban centers to provincial capitals and small towns, coffee shops are today find everywhere.

In the department store Liverpool in Mexico City’s upscale neighborhood of Polanco a new gourmet food court now features as many as 73 different coffee brands on sale including not just top brands from Mexico’s most renown quality producers, but also such unique coffees like Malawi Mapanga Estate, Gayo mountain coffee from the Indonesian island of Sumatra and Monsooned coffee from India. Just a few years back such a selection was simply non-existing. 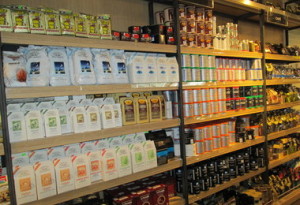 When the first coffee shops started popping up in Mexico City in the late 1990s, a number of individual coffee estates and the La Selva Cooperative were quick to jump on to what appeared to be a new trend.

In a bid to take advantage of the emerging popularity of coffee drinking and at the same time enhance the value-added benefits of not only relying on the volatile prices in the export market, these producers opened up cafes, from Café La Selva’s chain of franchises to individual coffee shops by investors from producers to a new generation of Mexican coffee lovers.

“The local market in Mexico continues to grow; people are really getting into the whole concept of specialized coffee shops and the quality is improving,” said Alejandro Garcia-Palacios, who as early as 2001 opened up his own café in the popular capital neighborhood of La Roma.

Garcia-Palacios, himself the owner of the coffee estate La Fortuna in Mexico’s southern and largest coffee producing state of Chiapas, also said his economic sustainability as a farmer has improved through the presence of having a retail outlet where he can increase revenues from coffee through the sales of roast and ground coffee and per-cup sales. From industry to producers, coffee officials agree.

In the mid-1990s Mexico’s coffee consumption was estimated to be at about 1.3 million 60-kilogram bags and in by 2005 that figure had gradually expanded to about 2.0 million bags, according to figures from the International Coffee Organization and the Mexican Coffee Producing Association, Amecafe.

“The local market has been growing very well and it continues to grow,” said Rodolfo Trampe, head of Amecafe. “Last year we had a study concluded by Euromonitor International and it showed consumption by 2010 had reached 2.7 million bags, that’s a rise of 35 percent during a period of five years,” he said. 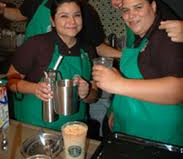 Since Mexico’s record crop of 6.2 million bags in the 1999-2000 crop cycle annual production has averaged 4.4 million to 4.5 million bags. The current 2012-13 harvest was initially forecast to be a bit bigger than the last crop of 4.5 million bags, but as the outbreak of the coffee pest leaf rust across the region

Local producers like Edelmann and Garcia-Palacios now say damages from rust already have caused direct losses of at least 20 percent of the new 2012-13 harvest in Chiapas, while an increasing number of reports from Mexico’s other key producing states of Veracruz, Oaxaca and Puebla similarly talk of the rust infestation spreading at alarming rates. 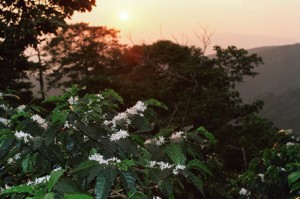 For small-holder producers with between 1 and 2 hectares of land most of the farms are now in a state of being “semi-abandoned” where growers will pay no attention to the care of trees and only harvest what little crop is on the branches and then look for alternative incomes from casual work in sectors like construction in order to feed their families.

“The small producers hardly do any work on the land anymore, so the overall state of the farms are weakened and…

Maja Wallengren has been writing about coffee close to 20 years from over 40 coffee producing countries in South-East Asia, East and West Africa and across Latin America. She is based in Mexico City and can be reached via her blog SpillingTheBeans at http://spilling-the-beans.net/contact/

What Vietnamese Coffee Culture Gets Right, Beyond Sweetened Condensed Milk
Coffee of The Day: Royal Coffee From The Kingdom of Tonga in The South Pacific