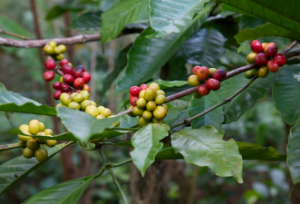 More Sharing ServicesShare| Share on linkedinShare on facebookShare on email
The Melbourne International Coffee Expo, which took place from 13 – 15 March at the Melbourne Showgrounds, saw its highest average daily attendance figures in the event’s four-year history.
An average of 2966 people attended the show daily across the three days. The event hasn’t seen these numbers since 2013, when an average of 2841 people attended, when MICE was hosting the World Barista Championship.
Total attendance for MICE2015 was an impressive 8922 visitors.
“For three days we watched as coffee lovers and industry leaders from across Australia and around the world flocked to Melbourne to celebrate our diverse and rich coffee culture,” said Show Director Simon Coburn, in a statement.
Coburn said MICE’s aim was to support and grow the Australian coffee industry and he was extremely happy with the post-show feedback he’d received.
“We’re proud of the caliber of exhibitors and how much excitement and joy MICE2015 has brought to the wider coffee community,” said Coburn, in the statement. “It’s easy to see why Melbourne is regarded as one of the best coffee cities in the world.”
More than 100 exhibitors filled the Showgrounds’ Grand Pavilion, demonstrating specialty coffee, tea, technology and trends. Visitors engaged with coffee roasters, green bean traders, coffee producers, machine manufacturers and coffee equipment suppliers.
The Australian Specialty Coffee Association National Coffee Championships were held throughout the duration of the event. Sasa Sestic of Ona Coffee was named as Australia’s new Barista Champion.
This year Sustainable Harvest hosted Let’s Talk Relationship Coffee in conjunction with MICE. The unique conference model brought together all the pieces of the coffee production chain.
“The event went far beyond our expectations in terms of finding so many roasters and retailers who wanted to discover the stories and faces behind the beans they procure,” said Sustainable Harvest Founder David Griswold, in the statement. “Let’s Talk Relationship Coffee is an event designed for discovery, and it was exciting for the producers to experience the Australian coffee scene for themselves.”
The winners of the Australian International Coffee Awards, Australia’s international coffee roasting competition, were announced at A MICE Night Out cocktail fundraiser on 12 March.
The Champion International Roaster trophy was awarded to Tanamera Coffee from Jakarta, Indonesia.