“Rest in Peace Madiba — I am honored to have lived in your lifetime!” 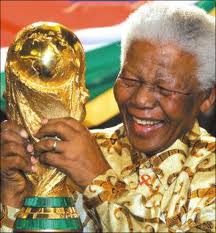 In this moment of writing, the world is saying goodbye and paying their final respects to South Africa’s Nelson Mandela. And I can think of nothing better than to share these humble opinions of the man who SpillingTheBeans consider to be the greatest leader and biggest statesman of our time and of this last century. Mandela has been compared to many great leaders, but when one takes a look at the extremes of sufferings he went through, the utmost of sacrifices he did for the good of the rest and the greater good, and add to this the incredible achievements he accomplished — all due respect to other world leaders, but none of you come close. 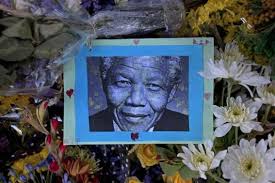 There will be plenty of writings about coffee in the days and weeks ahead. But right now, and for this week until Mandela is finally laid to rest on Sunday I am taking a break from coffee to marvel over the incredible legend of Nelson Mandela — and for what it’s worth, lets not forget the incredible inspiration Mandela was to millions of coffee producers across the world when each and one of them struggled in their own fight for freedom and democracy, peace, social justice and reconciliation. It is therefore more than relevant to speak about this world legacy, also to the world of coffee. 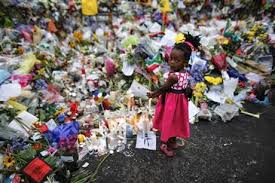 Watching the memorial live from Jo’burg and seeing the cheering crowds literally celebrating his life, dancing and singing dressed up in all the colors of the rainbow nation Mandela paved the way for creating, celebrating and paying tribute to all his incredible achievements one can just say WOW; What a way to go! Even with this big lump in the throat that has stuck since the news of Mandela’s death at 95 last Thursday evening, and even through tears of moaning, once cannot NOT share in the celebration: What an incredible man! A total of 59 presidents are now arriving at the Soweto soccer stadium, 21 prime ministers and at least 11 Crown Princess/es including several kings — a magnificent and fitting testimony to Mandela’s legend and may we all honor it by trying to learn just a little from his beyond inspiring journey of reconciliation, compassion and forgiveness. 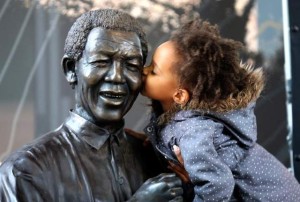 Aaaaah what a beautiful answer, Mandela’s spirit will for sure live on until long long after his funeral! 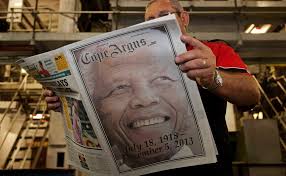 I can’t help thinking of the tiny little moment I was so privileged to have when given the chance to shake hands with Mandela at his 89th birthday in 2007. It was a moment that lasted less than a minute and the little group of journalists who had been given this awesome opportunity could not stop shaking of sheer excitement for hours after the moment had passed. Meeting Hollywood stars and royalty can all be exciting adventures in the career as a journalist, but getting the opportunity and rare fortune to meet a man that has done SO much for his people, for the world, for mankind, NOTHING beats that moment in life and I will forever treasure that I was able to tell Madiba in person how much respect I had for him, the honor it was to meet him, and thank him for everything he had done! In typical Mandela spirit, he then instead thanked me for coming to greet him! 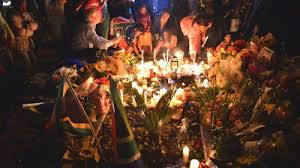 As a special message to all our coffee friends in Africa, I am reminded of a few words used by a different African leader in a different time, but which in the beautiful native Kiswahili so precisely sums up what Mandela was to all of us:

So it is with profound sadness that I too say goodbye to Mandela, but at the same time it is also with joy and appreciation for having been able to learn from such an outstanding human being – the ultimate teacher.

Rest in peace Madiba, I am honored to have lived in your lifetime! 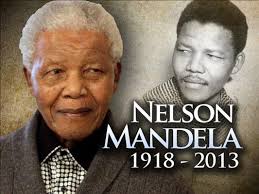