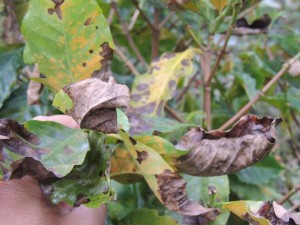 The coffee industries in Central America are facing the worst outbreak in history of the coffee crop pest leaf rust. The onslaught of the fungus has already caused losses of between 2.5 million and 3 million 60-kilogram bags to Central America’s 2012-13 harvest. Even with the current action it’s a fight against time in order to bring the situation under control before the next 2013-14 crop cycle.

With flowering now in its final stages of bean formation, industry officials are reporting severe impact to trees left stripped of foliage and unable to support the initial flowers. A large share of the flowering that initially did develop into cherries fell off or dried on the weakened trees. The harvest, which for the Central American region including Mexico in an average crop cycle reaches about 18 million bags is this year expected to end at about 16 million bags, and analysts agree that losses next year could reach anywhere between 2 and 5 million bags. 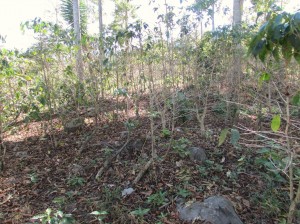 For the full copy of my special report on the rust disaster, please see the June edition of the Tea & Coffee Trade Journal.

For more details on the rust disaster, sign up to my FREE coffee News Letter here and look out for my comments this week in the Inter-American Dialogue, a Washington DC-based Think Tank where I will be discussing the social implications of the rust disaster in Central America.