Costa Rican coffee farmers have embraced the concept of sustainability since long before the word was even introduced to the coffee industry at large. Even so, with a wide range of new activities, from becoming the first coffee growing nation to adopt the NAMA program for carbon neutral coffee to world-leading research on long term sustainable varieties and species in coffee, Costa Rica is taking the understanding of sustainability to a higher level. As reported in the Tea & Coffee Trade Journal in February, Costa Rica has a proud history of producing quality coffee. And with the latest initiatives, the Central American country is taking the next step to consolidate its position as the world’s leader in coffee sustainability. 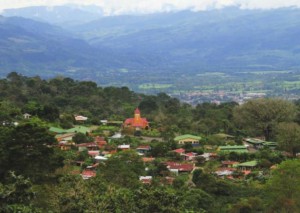 It’s just before 6 a.m. in the morning and the sun is only starting to rise over the green coffee hills in Costa Rica’s eastern coffee region of Turrialba. Yet the workers at the Aquiares Coffee Estate are already getting ready for the new day in the field. Standing in a small group on the slopes of the coffee farm overlooking the center of Aquiares town community leader Oscar Sánchez slowly raises his arms and asks the other workers to join him in the slow routine of muscular warming up program.

“We used to have so many people coming here and complain about strained muscles, sore backs and other body aches that would either have them continue working in great pain or keep them from work all together,” said Doctor Ana Rosa Jara. “We’ve been doing this for four years now and we are probably the only coffee farm in the world with such a program,” she laughs.

The concept of sustainability first started to take form as a more popular topic in the public debate with the energy crisis in the 1970s. But it was not until 2000 when the Specialty Coffee Association of America held its first Sustainability Forum in conjunction with the annual convention in San Francisco that the world of coffee adopted it as a mainstream idea. Many farms or growers will today have their own definition and set of priorities.

“When we look at sustainability here at Aquiares we have three main pillars; we have coffee, we have people and we have the environment and the clue really is to have all three of them in balance,” said Diego Robelo, innovation manager at Aquiares. One of the oldest working coffee farms in Costa Rica, Aquiares can trace its first beginnings back an impressive 125 years.

“There is a community that’s in the center of the farm, and that community is surrounded by the coffee. The coffee is shaded, the rivers are protected, 20 percent of the land is forest and all this creates a natural environment that is healthy and which contributes to a healthy social environment in the town,” Robelo tells Tea & Coffee Trade Journal during a visit to the farm which is grown using dense shade and canopy forest cover. 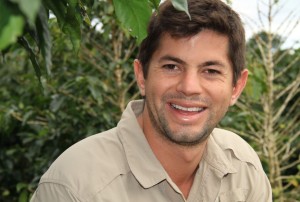 Stretched out over 924 hectares, Aquiares is the single largest coffee estate in Costa Rica and the name literally means “land between rivers” in the indigenous Huetar tribal language. A fitting name considering that 250 hectares of land at Aquiares are dedicated to rainforest and provides the source of water for 10,000 people in four communities around the Turrialba Volcano.

In 2014 a group of 10 producers signed on to participate in the pilot phase of the newly formed Nationally Appropriate Mitigation Action project, or NAMA. The NAMA program was originally introduced in the global climate change summit in Bali in 2007 and is today part of the United Nations Conference on Climate Change. The program seeks to establish policies and actions that countries undertake as part of a commitment to reduce greenhouse gas emissions.

“The NAMA initiative is a way to get coffee farmers to measure their carbon footprint, measure what the coffee farm absorbs of CO2, so our net positive impact in terms of climate change is not only what we are contributing but also what we help alleviate,” said Robelo. “So first we do a greenhouse gas emissions inventory, from the mills, from the waste, from the fertilizer we use and from the diesel we burn. Then we have a forestry engineer come to measure the diameter of the shade trees on the farm and also measure the amount of forest we protect to see how much of the CO2 is absorbed,” he said.

As the first coffee producing country in the world to sign on to NAMA, the program is part of the Costa Rican government’s National Climate Change Strategy and its pledge to the U.N. Conference on Climate Change to become 100 percent carbon neutral by 2021. 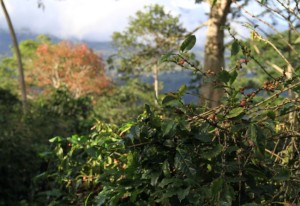 From the ultimate sustainable farm to the ultimate sustainable coffee garden, travelling five hours to Costa Rica’s southern-most coffee producing region of Brunca, anyone who thought they knew coffee at the root of cultivation will quickly be forced to think again. Home to over 500 different types of coffee the Coffea Diversa farm here boosts cultivation of over 400 different Arabica varieties alone in addition to another 100 strains of at least 4 other coffee species including Liberica, Eugenioides, Congensis and Salvatrix.

“We talk so much about sustainability in coffee and the importance of varieties in the equation, but we tempt to ignore the basis of comparison,” said Hernandez. He started Coffea Diversa in 2004 together with his brother Ricardo in order to expand knowledge on how different Arabica varieties would perform in the same microclimate by exposing the same varieties found in different producing regions across the world to the same growing conditions, from altitude, to soil and weather and then evaluate the cup quality. 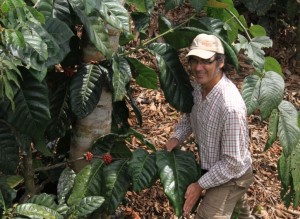 Visiting Coffea Diversa is for coffee lovers like a trip to Disney Land is for children. From the ultra-rare Arabica varieties of Rume Sudan and Pointed Bourbon from the island of Reunion, to the tiny dwarf-type Murta coffee tree which rather than coffee resembles a tea bush.

“This is a Guadeloupe Typica and the leafs are typical of the old typicas from Ethiopia, with really narrow and thin leafs. And look at this, these are Liberica plants and just 3 years old but look at the size of it,” he beams excitedly while pointing to a plot with 4-meter tall trees.

With Climate Change increasingly becoming the culprit leading to crop failure across the world it’s research in the genetic data base for coffee such as seen at Coffea Diversa that some analysts believe will enable Costa Rica’s coffee industry in surviving the challenges. And quality has to be at the center of any plans for the future, said Hernandez.

“Back in the 1930s Costa Rica had a reputation for producing some of the best coffee in the world but back then the dominant variety was Monte Cristo and that variety is hardly found any more. We cannot expect to stay in the game in the long term unless we find our way back to such quality beans so this is a very important part of sustainability,” he said. 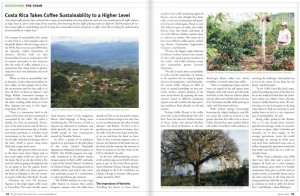 Young producers like Robelo, who at 27 already has done extensive agricultural exchange studies in countries as diverse as Japan, India, Colombia and Australia, are another commodity which in coffee quickly is becoming in short supply. As the younger generations across the world increasingly are moving to urban areas and away from traditional crops such as coffee, keeping that generation motivated may hold Costa Rica’s key to a truly sustainable future.

“When I look at Aquiares, since 1890 there have been jobs and a source of progress all based on a solid company which produces great coffee in a healthy community. That gives us all the tools we need to ensure a sustainable future, not in the short term but in the long term for young passionate kids like me who want to continue to work in coffee for all our lives,” said Robelo. 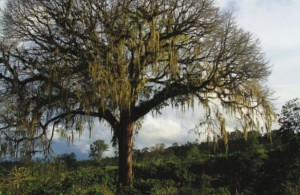 To read the full article for FREE please see it HERE; Costa Rica Coffee and Sustainability

FASCINATING FACT – What Country is the World’s BIGGEST Producer of Specialty Coffee?
Coffee of The Day: Sea-Island’s Beautiful Exotic Beans From The Canary Islands