A proud coffee producing nation since more than 200 years, Costa Rica’s coffee growers cherish their century-long dedication to quality from seed to cup. The last 15 years of crisis from historic low prices to the ongoing battle with the rust fungus has taken a heavy toll on the tiny Central American nation’s production. As the 2014-15 harvest is starting to reach the market, the Costa Rican coffee industry is preparing for another low crop, but quality is in top – as has always been the tradition here. 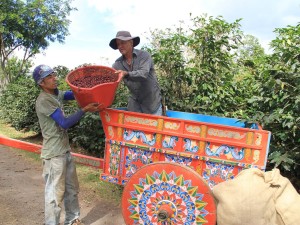 It’s harvest time in Costa Rica and it’s a joyous time of the coffee cycle. At Finca La Hilda it’s also time for the annual party for all the workers at the farm and in typical coffee tradition, the entire town joins in. The mood is upbeat, because for all the indications showing a smaller crop, the prices are the best in several years.

“We are just getting through the peak of the harvest so everybody has a little extra money in their pocket. When there is money from the harvest, it’s not just the workers at the farm who benefit, but the entire community around it, because here we all depend on coffee,” laughs local townsman Genaro Alvarado of the nearby town of Alajuela. Alajuela, as a town, was founded by the revenue generated by coffee and has continued to grow with the coffee income. 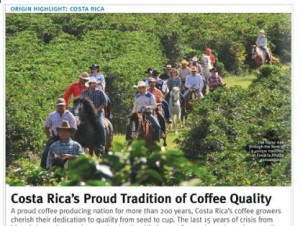 With coffee cultivation stretched out over 450 hectares of land, La Hilda is one of the biggest single coffee estates in Costa Rica. Part of the Tres Generaciones coffee company, production is grown at over 30 farms in all sizes at close to 1600 hectares of coffee in the Central Valley, one of Costa Rica’s main coffee growing regions. The coffee brand and company was created by the Vargas family, and even though it literally means “three generations” the family’s roots in coffee can be traced back at least five generations today.

“I wanted to come up with a name for our coffee, and then one night 22 years ago when I came from the capital of San Jose to spend the night here I suddenly got to think of my grandfather,” recounts Rodrigo Vargas, owner and partner in the family-run business.

“As a little boy my grandfather one day asked me what the difference was between a yellow and a green coffee leaf, and that was my first introduction to coffee as a crop, what to do and how to treat a tree which had become sick. The fact is that the work of a coffee farm really is done through three generations of son, father and grandfather,” he said. 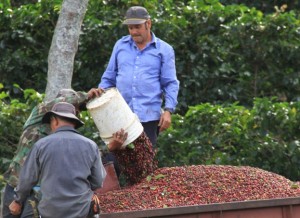 In Costa Rica, this work of three generations can be multiplied many times when tracing the history of coffee back in time. While the first trees were planted in 1779 in the Central Valley around the capital of San Jose, it wasn’t until 1808 that coffee started to be grown at a more commercial scale. After the end of Colonial rule in 1821 coffee production quickly started to expand across the Central Valley, in which the capital San Jose is located.

By 1891, when work was completed on a new railway linking San Jose with the main Caribbean Port of Limon, coffee production registered a second surge in expansion and hence began the initial industrialization and progress in Costa Rica thanks to coffee. 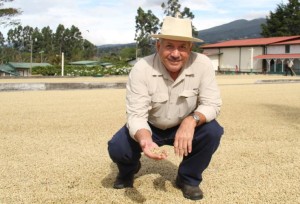 The first official shipment of coffee exports from Costa Rica were registered in 1832 and all the coffee was transported in the traditional Carreta coffee oxcart from the Central Valley to the port. Coffee production would continue to grow to an all-time high between 1989 and 1991 with total annual output of 2.7 million 60-kilogram bags, according to official statistics.

Today, the big harvest volume is long gone and in the last few years Costa Rica has settled for a new reality of an annual harvest between 1.4 million 1.6 million bags. From the collapse in world prices to historic lows between 2001 and 2003, when scores of both small and large growers abandoned their crops or sold the land, to the severe outbreak of the rust fungus pest in 2012, output has taken a toll.

The new 2014-15 harvest is expected to come in slightly better than the last 2013-14 crop which ended at about 1.45 million bags as producers have continued to struggle to recover from the rust outbreak. As picking started of the 2014-15 harvest, the outlook was looking more rosy but unseasonal heavy rains in the second half of December coupled with strong winds during the first half of January have dashed hopes for a more significant recovery. But to consumers, perhaps more importantly, the quality is looking good. 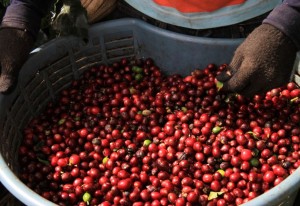 Home to a total of eight different coffee producing regions, Costa Rica’s many diverse micro climates are proving to hold the key to the future for the country’s coffee sector. Since the collapse of the market in 2003 and the consequent exodus of both growers and land under cultivation in Costa Rica, industry debate was rife as to the possibilities for the coffee sector to survive in the face of rising labor and land costs in an already high cost producer. So much the debate that for the better part of the past decade, Costa Rica’s coffee face to the outside was largely represented by the top estates in the central region of Tarrazu, long acclaimed for being home to outstanding bean quality.

Fortunately, for both the coffee industry at large and to coffee lovers in particular, the most pessimistic projections have been proven wrong. Thanks to the ongoing work and dedication to quality by Costa Rica’s growers, the country is re-defining the balance through a new profile concentrated on the micro lots emerging from the rich micro climates found across the eight regions.

A journey through the Costa Rican coffee regions is a vast journey through ever changing landscapes. From the tropical scenery of the sacred long-feathered Quetzal in northern Guanacaste , through the lush green plains in the Western and Central Valley, visitors will continue across the fertile hills dotted out across Tres Rios until reaching the cloud coffee forest covered by dense midst at the slopes of the Turialba Volcano in eastern Costa Rica. 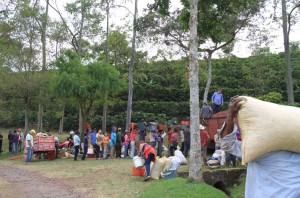 The boom in production from Costa Rica was already a fact when Turialba joined as a producing region in the late 19th Century. Today the results of 125 years of dedication to coffee are becoming increasingly visible.

“When work in the early 1870s started for the new railroad between San Jose and Puerto Limon,” tells Alfonso Robelo, a 75-year-old coffee grower of the Aquiares Coffee Estate in the community of the same name located in the heart of Turialba. “A family of English migrants involved with the construction started buying land along the perimeter of the railroad as it would pass right through the Turialba region and …”

To read the full article for FREE please go to; http://viewer.zmags.com/publication/b1ad96ea#/b1ad96ea/40