SPECIAL REPORT: Investors Say Coffee Prices Could Be About To Surge

Are coffee fundamentals of continuing booming demand and ongoing problems with supply finally about to catch up with the market? In this latest opinion from seekingalpha.com — one of SpillingTheBeans’ favorite online investors forums — traders suggest it’s time to go long on coffee positions as a rally in Arabica prices could be about to take off. We agree, and here’s why in a good and too the point read. 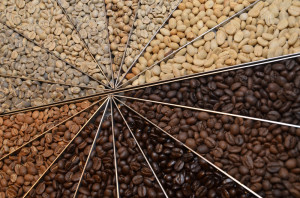 MAY 1 (Seekingalpha.com)–Coffee prices have fallen sharply since late last year. We think prices have bottomed and a potential deficit this year could lead prices to surge. Stocks-to-use ratio is forecast to be 30%. The lowest level in almost a decade. With consumption rising and production expected to fall, we think now is the time to go long with coffee.

At the end of November of last year, we jumped out of a long position in the iPath Dow Jones-UBS Coffee ETN (NYSEARCA:JO) due to concerns that coffee prices could be on their way back down again. Pleasingly this has proven to be the case and the ETN has followed suit, dropping 15.6 percent since we made our exit. But things do of course change very quickly in the world of commodities. As such, we believe that this drop has now created an opportunity for investors to initiate a long position in coffee.

Coffee prices rallied strongly in 2016 on the back of rising consumption and concerns over falling inventories. By the end of the season many expected coffee to fall deep into deficit. But favorable weather conditions in leading export nations Brazil and Vietnam led many to forecast for a stronger-than-expected harvest in 2017. This, together with a stronger U.S. dollar, put an end to the rally and sent coffee prices plummeting.

The sigh of relief from coffee buyers . . . may prove to be short-lived after the coffee industry warned of volatile prices. The reason for this is the stocks-to-use ratio being forecast by leading rural bank Rabobank. The stock-to-use ratio indicates the level of carryover stock for a commodity as a percentage of the total use of the commodity. For 2017-18 Rabobank has forecast Arabica coffee’s stocks-to-use ratio to be 30%. This will be the lowest level since 2009-10 and means that any unfavorable weather conditions that impact production or harvests could have an “exacerbated price impact” according to Rabobank.

A weaker Brazilian harvest in 2017-18 is largely behind Rabobank’s forecast. Like many, ourselves included, it expects the Brazilian harvest to underwhelm this year. Traditionally the country’s harvest cycles between good years and poor years, and all signs point to this being a poor harvest. Further dampening expectations are the rains in Indonesia. Strong rains are expected to reduce the output of the world’s fourth-biggest coffee exporter.

So, with Brazilian and Indonesian output predicted to fall and global consumption tipped to increase, Rabobank expects there to be a world coffee production deficit of 2.8 million tonnes this year. A deficit of this magnitude will eat into the already depleting inventories, putting pressure on supplies.

It is worth noting that the 2018-19 Brazilian harvest is predicted to be a big one that could even things up a touch. But with the market currently pricing this in, in our opinion, we see limited downside risk to coffee prices and significant upside potential if unfavorable weather impacts Brazilian crops later this year. So overall, we feel going long with coffee at this point is a reasonably safe bet. Especially with prices down 25 percent in the last six months.

While we don’t necessarily expect coffee prices to rebound in full this year, we do believe that there are significant gains ahead.

Should coffee fall into deficit this year as predicted, we expect Arabica to climb back up to circa $3.86 per kilo. For the ETN this would equate to a price level of approximately $20.50, roughly 12.5 percent higher than the current price. We think that this level of return offers investors a compelling risk/reward.

SPECIAL REPORT: Is Fairtrade Coffee Based On An Unjust Movement That Only Serves The Rich?
SPECIAL REPORT: Trending in Specialty Coffee, Decaf is Anything But Dull