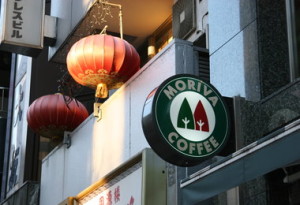 Few countries in the world buys as much coffee as Japan, and the variety of qualities and origins found on sale at any average super market in the bustling Asian capital of Tokyo is a source of sheer envy to roasters across the industry. Just where else can you find Brazil’s Ipanema, Guatemalan Antigua and Kilimanjaro Peaberries competing with rare East Timor beans, Jamaica Blue Mountain, Costa Rican Geisha and Yellow Catuai special estate blends for shelve space at retail outlets? The good news, especially to producing countries, is that after years of stagnation new growth in Japan’s coffee market is just around the corner.(First published in the March 2012 edition of the Tea & Coffee Trade Journal)

It’s been a little over 10 years since Japan in the 2000 calendar year took over the spot from France as the world’s 3rd largest coffee importing nation with annual imports of 6.9 million 60-kilogram bags. The news of this shift in the world balance stirred headlines across the industry at the time. And the success story of how Japan’s coffee industry through a series of ultra-efficient consumer education campaigns managed to turn a nation of devoted tea consumers into daily coffee drinkers has been told countless times since at trade forums.

Japanese imports have since remained in a range between mostly 7.2 to 7.3 million, and reached an all-time high of 7.6 million bags in 2006, before by 2007 declining to 7.1 million bags. But after several years of stagnated growth and the constant pressure of the world economic crisis and supply issues weighing heavily on consumption, the Japanese market is starting to show signs of recovery. 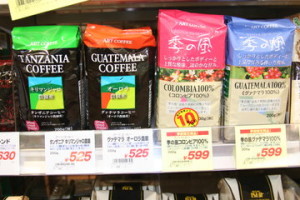 “The last 2 to 3 years the household income has gone down so people started buying more soluble and in 2011 the demand did go down a little because of the economic crisis, but not in a significant way,” said Toyohide Nishino, managing director of the All Japan Coffee Association, which groups the country’s roasters and coffee trading businesses.

An important point that many analysts forget to consider when they look at Japanese figures, however, is that “consumption has actually not been going down but the population in Japan has been going down” and this is what has curbed the boom in growth seen a decade ago, said Nishino.

“The market overall really is very stable but people don’t go as much to coffee shops as they used to, because of the higher retail prices, and what we see in Japan is that even though there are so many beverages to choose from coffee remains the most popular choice for most,” he said, adding that new growth is note in a number of areas. 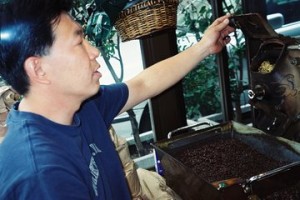 New consumer groups now being targeted with special interest by the roasting industry is the “single household” which have increased significantly in recent years and which by 2015 is projected to represent over 30 percent of the population’s 52 million households, according to a market survey by Japan’s largest roasters the Ueshima Coffee Company, UCC.

Japan’s largest roaster with between 20 percent and 25 percent of the home market, the UCC recently introduced a special single-serving machine based on roast and ground drip coffee
specifically designed for the single household consumer group. 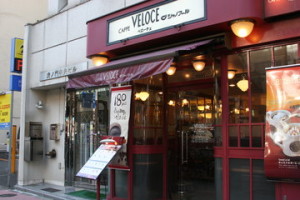 Single-serving machines, along with online sales and easy-to-go “canned coffee” are other areas which continue to pick up growth.

A pioneer in the Japanese coffee market, the UC Company introduced all the way back in 1968 the concept “canned coffee” and decades before anyone had heard of Starbucks the UCC had established coffee shop chains across Japan.

A walk through Tokyo’s upscale financial neighborhood of Minato Ku finds streets dominated with evidence of Japan’s modern love affair with coffee. From elegant traditional coffee shops where beans carefully are roasted in tiny batches for open view to customers, to the presence of Japan’s modern coffee shop cultures, including Key’s Coffee, Donut, UCC and Starbucks.

At the Seijo supermarket, a high end retail outlet that takes up less than 1000 square feet of space, customers nevertheless can find no less than 148 different coffee brands at sale and coffee …” 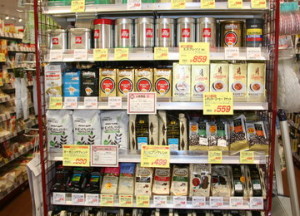 Maja Wallengren has been writing about coffee for 20 years and has specialized during travels to over 40 coffee producing countries in South-East Asia, East and West Africa and across Latin America.