EXCLUSIVE: The Amazing 85 Years History of Organic Coffee In Mexico

It has been over 85 years since the first coffee farm in the world took a conscious decision to turn its farming practices into organic cultivation. Inspired by the world’s first certification agency for biodynamic produce, Germany’s Demeter-Bund, Mexico’s Finca Irlanda has for 85 years been leading the way in organic coffee. The story of organic coffee is a story unmatched by that of any other certification brand. But all the fame aside, actually very little is known about the historic evolution of organic beans and not a single site on the internet is found which cast light over this puzzling fact. In this WORLD exclusive COVER story for the Tea & Coffee Trade Journal’s May edition SpillingTheBeans’ Maja Wallengren takes an in-depth look at the fascinating story behind organic coffee. And all these years later, despite multiple challenges from climate change and year-low prices, organic coffee is doing well and continues to grow. 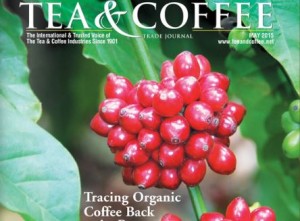 A random Google search on organic coffee comes up with close to 31 million hits, far above that of any other kind of certified coffees available in the market. There are good reasons for this–85 years of good reasons to be exact–and two countries have to be given credit above any other for their pioneering contribution to what made the organic movement spread to coffee: Germany, which was the first country with the support from consumers to embrace it, and Mexico, which thanks to the Finca Irlanda coffee farm, made Mexico the world’s biggest undisputed producer of certified coffee for over 35 years. But to this date, limited information has been made available to consumers or other interested parties as to how organic coffee has evolved. Despite the millions of links that mention organic coffee as a concept, not a single page appears on basic internet searches that actually tells the historic timeline.

It was 1927 and a group of German farmers had after three years of lobbying and work succeeded in getting the German association Demeter-Bund up and running to promote certified goods and exports of agricultural products cultivated with the use of biodynamic practices, i.e. without the use of any chemicals. By 1928 the Demeter brand was registered in the German capital Berlin and that same year German immigrant farmer Rodolfo Peters took over the coffee estate Finca Irlanda in Mexico’s southern state of Chiapas. 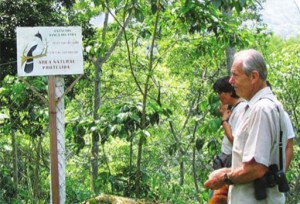 “My father always had a very clear idea of how he wanted to contribute and be a part of the organic movement, so from the minute he took over Irlanda he started implementing biodynamic practices,” said Walter Peters, the son of the late Peters. “That was in 1928 and we can safely say that Irlanda started producing organic coffee as far back as 1930,” Walter Peters told Tea & Coffee Trade Journal during a visit to the farm, which holds international recognition as being the first farm in the world to export certified organic coffee. Hence, here in the lush rain forests of southern Mexico started what is an extraordinary part of coffee history.

Daniele Giavannucci, an international renowned coffee expert and the author of numerous reports and studies of organic and other certified coffees, said the core strength of organic coffee is its deeply established practices and legal status. “Organic coffee is very different from the rest. While the recent standards have yet to prove that they can bring the same benefits–though I think they do deliver some of what they promise at least in some ways–overall organic is not easy and it is, in terms of compliance and requirements, a very serious standard in comparison with other certification programs,” he said.

There is no denying that organic coffee farming is not easy. To get the certification from Demeter a farmer has to prove that no use of “synthesized fertilizer, pesticides, herbicides, fungicides, or fumigants” have been applied for up to three years prior to certification, according to official information from Demeter. Only the use of “organic, naturally produced fertilizer” is authorized and all crop pests must similarly be controlled through non-chemical practices. Furthermore, farms are visited and re-evaluated on an annual basis and a rigid series of soil analysis is tested for any trace of unauthorized use of chemicals. 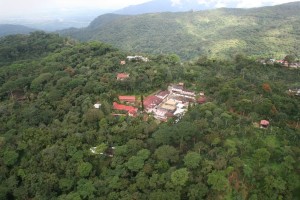 As certified exports started to emerge in continuously growing volumes from Finca Irlanda, the neighboring coffee producing regions started to take notice and by the early 1980s a growing number of cooperatives in Chiapas were getting started on organic certifications of their own.

The vision the late [Rodolfo] Peters had for coffee was decades ahead of anyone else in coffee and Irlanda continues to enjoy the praise and recognition of connoisseurs across the world of coffee, even if it would take another 40 years before the certification seal got in place.

“In the late 1940s we received our first official visit from Demeter to start working on the official certification and even though we were doing everything right as far as adhering to the bio-dynamic practices, we realized that we had to do a lot of things better in order to make the farm economically sustainable,” said [Walter] Peters, adding: “We exported our first shipment of one container of certified organic coffee in 1967 to a client in Germany.” Even though in recent years he has handed over the daily management of the farm to his son Bernd, the 82-year-old Walter Peters still walks the farm every day.

Walking the farm at Irlanda is not your typical coffee experience but rather that of a full-fledged safari, surrounded by dense jungle where coffee rather appears to be the ornamental plant of choice and a wealth of animals from bird life to the sacred jaguar still can be found living in full harmony within the natural habitat. 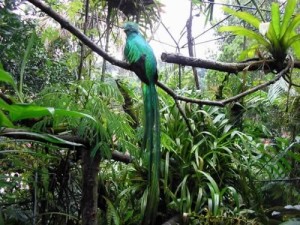 The earliest beginnings of the organic movement can be traced back to 1840 when German chemist Justus Von Liebig in establishing the concept of organic chemistry realized that mineral plant nutrition could be fully substituted by organic matter. But it was not until the start of the 1900s that the organic movement as such began in a direct response to the shift towards the increasing use of chemically produced nitrogen-based fertilizers and pesticides adopted by supporters of the Industrial agriculture.

In 1924, a group of German farmers concerned about the intensive farming practices that were starting to be adopted across the industrialized world approached Austrian philosopher Rudolf Steiner for ideas and support in how to help set up Demeter Bund in 1927. Steiner had been actively involved in the public debate promoting environmentally friendly practices as a more sustainable approach to agriculture that increased soil fertility without the use of chemicals. As such, this line of thinking represents the earliest established practices of organic farming.

By 1972, when Demeter Bund, together with a handful of other worldwide organizations promoting biodynamic farming, formed the International Federation of Organic Agriculture Movements (IFOAM), Finca Irlanda had already been farming coffee according to these principles for over 40 years. And Irlanda had been exporting certified organic coffee to clients in Europe, Japan and the U.S. over 30 years before Fair Trade USA was founded in 1998 and was 20 years ahead of the Max Havelaar foundation for fair trade in the Netherlands. The fair trade movement for coffee in the U.S., however, was quick to attach itself as a second seal of certification to producers already growing organic. This, says coffee experts like Giavannucci, was a move that organic coffee benefitted from while at Sustainable Harvest, for instance, half of all the organic coffee the roaster sells today is also fair trade. 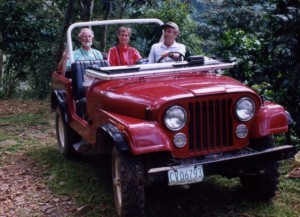 “Both brands emerged in separate camps with very different objectives. They met and found they complemented each other well and have been very closely associated ever since in many places. The link is very important because they bring a balanced approach from the environmental to the socio-economic aspects to the overall product,” said Giavannucci.

Organic coffee accounted for 57% of U.S. organic imports worth $496.2 million in 2012, according to the U.S. Department of Agriculture (USDA), while the London-based market intelligence firm Euromonitor International said organic coffee continues to be a trend leader in coffee and is poised for even stronger growth in coming years. “Organnic coffee grew by a notable 7.1% a year from 2007 to 2012, to reach a market value of US$201.3 million. This represented a 21.3% value share of the U.S. organic beverage market in 2012. Organic coffee is expected to continue to drive organic beverage growth in the U.S., with average annual growth of 7.6% from 2012 to 2017,” said Euromonitor in a 2013 market report. 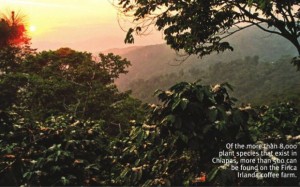 In 2024, it will be 100 years since the organic movement that led to chemical free beans in the coffee industry got underway in Germany. But gone are the days where this market segment would provide one of the most secure and stable source of prices in a volatile market. From population growth cutting into the average land size per farming units to 15 years of low prices resulting in widespread abandonment of farms and basic farm husbandry, new challenges continue to emerge, most recently when Central America and Mexico was hit by the biggest coffee leaf rust outbreak in the history of the disease. But to third-generation organic coffee farmer [Bernd] Peters, the addition of climate change to the growing list of challenges he must face on a daily basis, these are just bumps on the road.

“The last few years have been very difficult because of the aggressiveness of the rust outbreak but look at us; we are still alive, we are still in good spirits and we are still producing coffee,” said Peters. Rust or low prices aside, it’s hard to argue against such pure coffee spirit and organic coffee is here to stay.

To read the FULL article and see all the additional statistics, pictures and figures for FREE see it HERE; History Of Organic Coffee 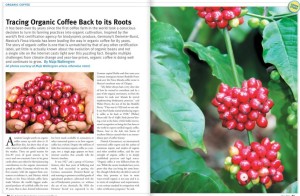 Maja Wallengren has been writing about coffee for more than 20 years from over 45 coffee producing countries across South-East Asia, East and West Africa and across Latin America. She can be reached at
http://spilling-the-beans.net/contact
-0-