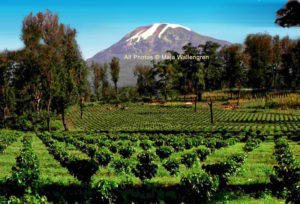 At the start of the Millennium Tanzania’s government passed new foreign investment legislation that for the first time in over 30 years allowed for private investors to take on long-term leases of the coffee lands. That allowed for much-needed cash injections which helped push massive replanting of the old estates and this has turned Tanzania into one of only a handful of producing countries in the world which has been able to boost production. Tanzania’s best harvest in decades was registered in the 2008-09 cycle which produced about 1.15 million bags, while production in the last few years has averaged around 900,000 bags.