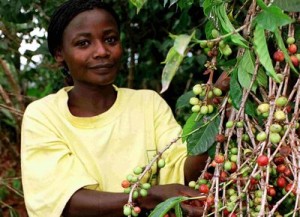 OCT 26–Changes in weather are taking a toll on coffee, Uganda’s leading export earner, as the country closed the 2015-16 crop year with poor performance in both value and volume, Uganda’s local paper The Monitor said in a report.

The official Uganda Coffee Development Authority (UCDA) said in a September report that total exports in the 2015-16 cycle closed at 3.3 million 60-kilogram bags, down from 3.4 million bags in the previous cycle, the report said.

“Out of what was exported, the country earned $326 million (Shs1.1 trillion) down from $410 million (Shs1.4 trillion) earned the previous year,” read the UCDA report, adding that experts in the industry attribute this poor performance to the negative effects of climate change and poor global prices that have given the growers little incentive to take care of their farms.

Mr Gerald Katabazi, a coffee grower and processor of Volcano Coffee in an interview with Daily Monitor yesterday, said: “Recent changes in weather patterns have brought a setback in coffee production especially in areas of greater Masaka, Mubende and Mityana districts well known for huge production.”