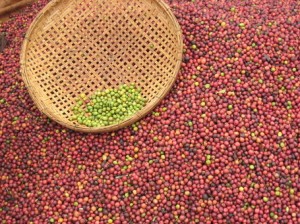 Since the 2000-2004 coffee crisis when prices crashed to historic lows and caused social disaster in producing countries, Vietnam’s government has embarked on ambitious policies to promote sustainable practices and improving quality, such as these perfectly picked red Arabica cherries seen here in the picture. Vietnam’s official goal is to have at least 25 percent of its entire production certified as sustainable coffee by 2015. By 2011 Vietnam produced close to 2 million bags worth of sustainable coffee such as 4C, Rainforest Alliance and Utz. This is equivalent to about 10 percent of the entire production in the 2010-11 crop year or more than the entire annual output in countries like Nicaragua or Costa Rica. 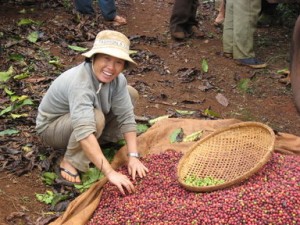