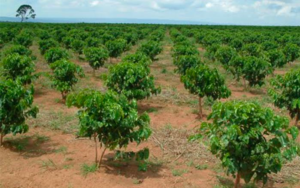 FEB 15, 2018 (SpillingTheBean)–Coffee production in the southern African nation of Zambia is on the rise as a major project to expand the cultivated areas in the northern part of the country are starting to yield progress, the local Daily Mail of Zambia said in an online report.

This is great news to Coffee Lovers as Zambia long has been known to have coffee farms using some of the same SL-Arabica varieties originating from Kenya which are known for a superior cup quality.

“The government is optimistic that the cultivation of coffee and potatoes in Northern Province will boost economic growth and create more jobs for the people. And to support Government’s job creation agenda, Northern Coffee Corporation Limited (NCCL) is in 2020 expected to employ over 2,000 pickers to harvest the coffee,” the daily said in a report published Thursday.

It quoted Finance Minister Felix Mutati for saying “the need to diversify the economy cannot be over-emphasised” and added that it would pay a significant part toward “resource mobilisation” in Zambia. He also said the focus was on achieving a bigger coffee harvest through the agricultural practice known as inter-cropping, so that farmers would enhance both food and cash crops.