Do Most Consumers Actually Prefer Instant Coffee? Surprisingly, the answer to that is yes! In the awesome world of coffee, the last few years explosion of Coffee Culture and rise of a whole new generation of Coffee Lover has in large been thanks to the growing education of coffee origins, the interest in consumers for connecting to the farmer and coffee producing countries and learning more about the different flavor profiles of single origin beans and brewing methodes. But when it comes to ACTUAL coffee statistics, it often comes as a HUGE surprise to many that HALF THE WORLD’s coffee drinkers ACTUALLY prefer instant coffee. And let us make it clear right up front, a LOT of instant and soluble coffee brands today are made from TOP-QUALITY beans and manage to preserve a great authentic coffee flavor! In markets like the U.K. and Russia instant coffee is still the number one choice of coffee for more than 70-80 percent of the population and in Australia — even with the boom in the local coffee scene of the last decade — over 90 percent of the consumption is found in soluble brands. And take Japan, perhaps the world’s most expensive and luxury coffee market which year after year buys most of the world’s very best quality premium beans, even here 48-50 percent of the consumers drink instant coffee. So let’s all be a little bit more friendly toward the instant coffee segment, shall we? 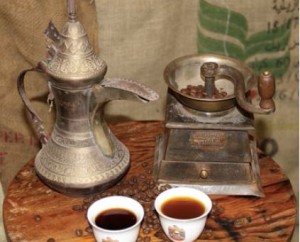 Almost half of the world actually prefers instant coffee

By Roberto A. Ferdman
JULy 15, 2014 (Washington Post)–Instant coffee dominates the caffeine market in much of the world, but only makes up a tiny fraction of the coffee industry in the U.S. The Post’s Roberto Ferdman breaks down America’s tendency toward convenient—though not instant—coffee. (Davin Coburn/The Washington Post)

Americans’ taste in coffee might be getting more high-end—with a growing fixation on perfectly roasted beans, pricier caffeinated concoctions, and artisan coffee brewers—but it turns out a surprisingly big part of the world is going in the opposite direction: towards instant coffee.

Sales of instant coffee—the kind that dissolves in hot water and has been popularized by brands like Nescafe—have nearly tripled since 2000, according to data from market research firm Euromonitor. The world consumed nearly $31 billion-worth last year, and is expected to drink more than $35 billion-worth by 2018. Instant coffee accounts for more than 34 percent of all the retail brewed coffee consumed around the world.

The rise has been as steady as it has been substantial. Who exactly is drinking all this instant coffee? Well, a lot of people. But also, a very specific type of people: amateur coffee drinkers.

“The markets where instant coffee is most popular tend to be the ones without a strong tradition of coffee drinking,” Dana LaMendola, and industry analyst at Euromonitor, said in an interview. “It’s basically an entry point.”

As the firm’s new industry report puts it:

In newer coffee-drinking regions, instant coffee is appealing because of its ability to satisfy the needs of new coffee drinkers and their evolving tastes. Unlike established coffee markets, where coffee is a product with well-defined perceptions of taste, strength and origin, in emerging coffee markets, coffee is viewed as a multi-purpose product with endless functional and flavor possibilities.

Perhaps that helps explain why India and China are two of the fastest growing markets, or why Asia Pacific is the world’s largest instant coffee consuming region by sales.

But the appeal of instant coffee hasn’t been lost on other, more developed markets. Almost half of the world actually prefers it.

The only real exception to the instant coffee craze is the U.S. Americans have proved pretty exceptional in their utter disinterest in warming up to the most convenient method of coffee-making.

“The U.S. is entirely unique in its aversion to instant coffee,” LaMendola said. “Even in Europe, where fresh coffee is preferred, instant coffee is still seen as acceptable for at home and on the go consumption. In the U.S. the view is just much more negative,” she said.

Instant coffee sales in the U.S. have barely budged since 2008, and even fell marginally last year to just over $960 million. While that might sound like a lot, it’s actually a paltry fraction of the $30-plus billion U.S. coffee market.

Instant coffee accounts for a smaller percentage of all retail brewed coffee by volume in North America (barely 10 percent) than in any other region. By comparison, it accounts for over 60 percent in Asia Pacific, over 50 percent in Eastern Europe, over 40 percent in the Middle East and Africa, over 30 percent in Latin America, and over 25 percent in Western Europe.

The instant coffee market in North America isn’t merely the world’s smallest—it’s also the world’s slowest growing. Virtually all growth in the coffee market will come from fresh—not instant—coffee between now and 2018, according to estimates by Euromonitor.

Americans, after all, have proved willing to pay both in price and quality for convenience.

The rise of the American coffee house, on the one hand, is emblematic of both a growing desire for a quick cup, and a willingness to pay more for that convenience. International coffee behemoths like Starbucks have thrived off the country’s thirst for a quick cup of joe, giving rise to other, often more expensive variations. And Dunkin’ Donuts now makes more from its beverages than any other segment of its business—its even Web site boasts that the chain sells some 30 cups of coffee every second.

And the rise of coffee pods is likely the best example of how impatient Americans can be about their coffee. Roughly 13 percent of Americans drank coffee made with a single-cup coffee machine on a daily basis last year. Keurig’s K-Cups alone have grown so popular that they now account for roughly a quarter of the U.S. ground coffee market (and produce enough waste to encircle the globe 10 times over). While some of that popularity might stem from the sheer ability to brew a single cup at a time, much of it is merely a nod to how comparatively convenient dropping a coffee pod in a machine and getting hot, caffeinated black stuff really is.

Instant coffee might be even more convenient to make than that. Which is likely why big American coffeemakers have been so tempted by the country’s untapped instant coffee market—and so disappointed by their inability to boost demand.

Starbucks launched its own, premium instant coffee line called Via back in 2009, which it now sells in some 26 countries around the world. Globally, Via has been so successful that the coffeemaker is looking to expand further, a company spokesperson said in an interview. But America is anther story, and Starbucks hasn’t managed to overcome the country’s instant coffee stigma.

“When Via first launched in the U.S., it did pretty well,” LaMendola said. “But then sales stalled because there’s still such a strong aversion to instant coffee.”

Nescafe, the world’s largest instant coffee brand, has seen its U.S. sales remain stagnant for years. Folgers and Maxwell house have had trouble boosting their own, respective instant coffee businesses, too. In fact, just about every major coffee brand that has put instant coffee on supermarket shelves in the U.S. has suffered a similar fate.

But don’t cry for the instant coffee industry just yet. While millions of Americans might never grow to appreciate stir-in coffee, billions elsewhere are perfectly content with picking up the slack. “The only thing growing faster in the global coffee world right now is coffee pods,” LaMendola said.