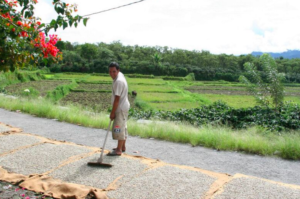 Indonesia is the world’s third-biggest producer of robusta after Vietnam and Brazil.
From January-May 2016, Indonesian coffee exports dropped 40 percent compared with the same year ago period.

The decline in Indonesian exports was due to less coffee being available after a late harvest that is expected to peak this month, said Muchtar Lutfie, head of research at the Indonesian Coffee Exporters’ Association. As well as Lampung, Indonesia’s top robusta producing region, coffee growers in the neighbouring provinces of Bengkulu and Jambi had all seen late harvests, starting in June.
The coffee harvest in Indonesia began late due to the impact of the El Nino weather pattern, and drought has eroded supplies.
The first beans from the new crop have been used primarily by the buoyant domestic market, while the Eid al-Fitr festival after Ramadan slowed productivity. “(The late rainy season) caused the coffee flowering season to be delayed from September to November.
“As a result we have a late coffee harvest,” said Moelyono Soesilo, purchasing director at PT Taman Delta Indonesia, a coffee trading company in Semarang.
Moelyono said the lowlands, where robusta coffee grows, were hit by drought, causing a drop in production.
He also referred to strong Indonesian demand for domestically grown new crop coffee.
“Stocks for domestic industry are low, so they’re aggressively seeking supply. This has caused tight supply for export,” Moelyono said.

Jakarta. Indonesia’s imports of coffee beans are expected to climb this year as production shrinks due to extreme weather, according to industry stakeholders, with more beans needed to feed a steady growth in domestic demand amid tight supplies from local farmers.

Indonesia’s coffee bean imports could grow 43 percent to 100,000 metric tonsthis year, mostly from Brazil and Vietnam, according to Irfan Anwar, chairman of the Association of Indonesian Coffee Exporters and Industries (AEKI).

“There is no sign that coffee demand will decline,” Anwar told Reuters, referring to around 8 percent growth in domestic consumption this year.

Coffee bean production is expected to drop by a third to around 400,000 metric tons this year due to “extreme weather” conditions, said Anwar, adding that it could take more than a year for output to recover to 2015 levels.

“The only barriers are weather and human resources.”

Others were less optimistic. According to Moelyono Soesilo, marketing director at Taman Delta Indonesia, impacts of the El Nino weather pattern in 2015 are still hurting bean output.

“The harvest will be back to normal in 2018, but only if this year the La Nina is not too extreme,” Soesilo said.

Coffee trees were stressed and damaged and harvests delayed as a result of the El Nino weather phenomenon in 2015 and La Nina this year, according to Pranoto Soenarto, another official at AEKI.

El Nino, a weather event characterized by warmer waters in the Pacific, typically has knock-on effects that can cause billions of dollars of damage to food and water supplies around the globe.

La Nina, the counterpart to El Nino, typically brings rain to Southeast Asia that can disrupt drying and delay coffee cherry picking. Rain can also cause cherries to drop early and lead to black beans, rather than brown, a defect in export specifications.

Exports of robusta beans from Lampung, Indonesia’s main coffee producing region, have declined by double digits for the past 10 months and were down 54 percent in September, data compiled by Reuters shows.

Indonesia is the world’s third-biggest robusta producer. There are about 2 million small-holder coffee growers in Indonesia, with robusta accounting for 80 percent and arabica most of the remainder.

BREAKING: Indonesia April Coffee Exports From Sumatra Plummet Over 79% On Drought
MAY 2 (SpillingTheBeans)–Coffee exports from Indonesia’s top producing island of Sumatra fell over 79 percent in April to just 79,767 (60-kg) bags, local press reported from Bandar Lampung on Monday. The sharp decline in exports are primarily attributed to the growing effects of drought that has embattled the Indonesian coffee industry for years, analysts and local industry officials say.

The exports shipped after the drop is only a fraction of coffee exports in April last year where over 383,300 bags were exported, local press reported, citing trade ministry data in Indonesia.

“The world’s third-largest robusta producer shipped 4,786 metric tonnes in April 2016. Indonesia had shipped nearly 23,000 tonnes of robusta from Sumatra in April 2015. The April exports for this year were also down 63% from shipments of 13,082.74 tonnes in February,” said the press report.

Sumatra is home to between 70 percent and 75 percent of the entire national coffee production in Indonesia, and over 80 percent of the annual robusta harvest, which for the 5th consecutive years has been hit by severe drought provoked by the El Niño weather phenomenon in the 2015-2016 harvest cycle.

Read more about the latest harvest developments and the impact of El Niño here: http://spilling-the-beans.net/harvest-insight-rains-cause-more-havoc-to-indonesia-coffee-both-12-13-and-13-14-crops-down/ 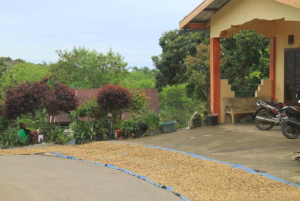