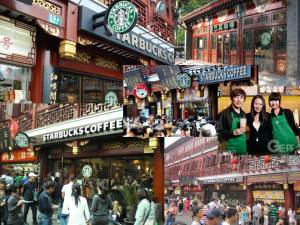 Coffee drinking has been known in China for over 120 years but the local Chinese consumption was primarily maintained by foreign nationals stationed in China up until the 1980s. And as seen in so many other emerging markets across the world it was first after Seattle-based Starbucks entered the local market with its trendy modern coffee shop culture that consumption would start to take off on a much grander scale. From the first Starbucks coffee shop was opened in Beijing in 1999 the number has expanded to over 850 today spread out in 48 Chinese cities, according to company information, and Starbucks has announced plans to have 1,500 stores in China by 2015. While none in the competition is seen posing a serious threat to Starbucks’ dominance in the Chinese market, from McDonald’s adding new McCafés across its existing outlets in China to Costa Coffee of the U.K. opening up new shops, coffee culture is growing everywhere.
-0-