FASCINATING FACT – How Did Coffee Spread From the Origin in Ethiopia To The World? 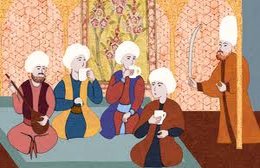 The spread of coffee throughout the world was started by the Ottoman Empire which was forced to leave 2 bags of coffee behind when in 1683 fleeing the Siegue of Vienna. With these two bags the first Western coffee house was opened in Vienna in 1685.

At the time, the only country in the world that produced coffee was Ethiopia, although the first plantations successfully planted in the late 1650s by the Dutch – in what is today known as Sri Lanka – by the end of the 16th Century were starting to yield commercial volumes, and the English had also managed to plant coffee at a small scale in the Southern India state of Karnataka. All the way up to the Siegue of Vienna, however, it was still the Turks and Arabian merchants who had manage to keep a monopoly on the global coffee trade, a monopoly they maintained all the way up to 1711 when the Dutch started exporting coffee from their colonies in Indonesia.

If it had not been for the Ethiopians not only discovering coffee growing in the wild all the way back to around the 6th Century in what was then southern Abyssinia, but ALSO at some time during the centuries that followed decided they actually LIKED the beverage produced by the sacred litle beans beans and therefore started to grow coffee commercially, who knows if we would ever have seen the boom of coffee culture as we today have across the world? So in recognizing this amazing and awesome contribution by Ethiopia, Amesege’nallo Ethiopia — Thank You Ethiopia, for bringing coffee to the world!

More on the fascinating history of coffee coming up here, at SpillingTheBeans!