FASCINATING FACT – How Many People Depend on Coffee Production for Their Daily Survival? 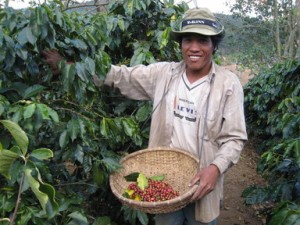 There are a lot of figures being thrown around the world when it comes to coffee, including that an estimated 125 million families are involved in coffee growing. But if we include all the workers, the season labor, children and other family members, plus the related jobs like the truck driver or port worker — whose work during part of the year depend from the earnings that come from processing, transporting and shipping the coffee — the figure quickly multiplies.

Add to this the significant number of people who also has coffee contributing to a part of the salary, whether from serving coffee in cafes or restaurants, working at a factory which manufactures plastic cups for coffee or other industry-related activites, and even in industrialized countries millions of people depend on coffee for at least a part of their salary.

Between 600 million and 800 million people worldwide depend on coffee production for their full or partial daily survival — or equivalent to at least 10 percent of the world’s population. How is that for a coffee fact?

SPECIAL REPORT: Coffee In The Arctics, The Pride Of Viking Traditions
Coffee of the Day: Tourist Coffee Alert For Top Indonesia Toraja And Papua Beans