FASCINATING FACT: Sex, Drugs, Lies Or Contraband, How Did Coffee Really Spread To The World? 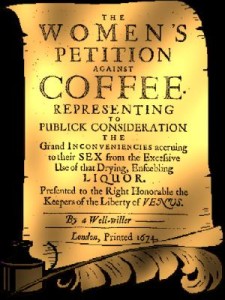 Since coffee first was brought to Europe in the late 16th century via traders from the Ottoman Empire the beverage and enjoyment of coffee was a source of scandal. As early as 1674 the Ladies’ society of London famously presented the “Women’s Petition Against Coffee” in which they declared that the “Excessive Use of that Newfangled, Abominable, Heathenish Liquor called COFFEE…has…Eunucht our Husbands, and Crippled our more kind Gallants, that they are become as Impotent” and demanded a stop to free and unlimited servings of coffee at the city’s rapidly emerging Coffee Houses.

A few decades later, the story of how coffee spread across the world continued to be filled with a long list of love affairs, scandals, contraband trade and public uproar. So how did this intriguing story really happen? 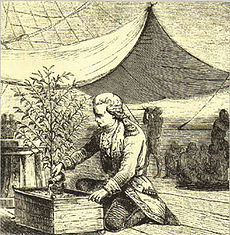 The Dutch had already cultivated coffee for close to a century in their South-East Asian colonies of Indonesia and Dutch Ceylon, and the British had started plantations along the Malabar coast of India. SO it’s no wonder the French were getting desperate in order to get into the game too as coffee since the late 17th century quickly was turning into the new gold across Europe.

So when French Naval Captain Gabriel de Clieu in 1720 embarked on what would be a highly adventurous journey across the Atlantic to the Caribbean port of Martinique he set out to ensure he would get a few coffee seedlings along. There are numerous accounts of how this happen, but the one thing all these stories tell is that De Clieu initiated an affair with the daughter of the head of the French Botanic Gardens in the Jardin Royal des Plantes in Paris and made sure to get access to 3 seedlings before he reported to duty. Some stories say this happened on the order of Louis XV but it seems hard to believe that the king would only have authorized 3 tiny and fragile seedlings to have been taken if he truly wanted to see France succeeding in cultivating coffee in their colonies.

One seedling survived what became a horrendous ordeal of deadly storms and pirate attacks that brought about conditions near those pictured in the Mutiny on the Bounty.

The French’ new-found monopoly on coffee growing would last less than five years before De Clieu’s efforts were repeated and from the one seedling that survived — and which is believed to be the great grandfather of 90 percent of the world’s coffee today — the sacred bean quickly started spreading from Martinique and the Caribbean to Central and South America. 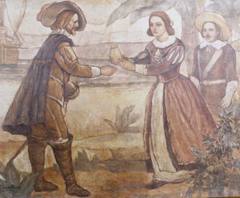 Once again it was sex, love and contraband that did the job, as the King of Portugal most famously sent Portuguese merchant Francisco de Melo Palheta to French Guinea with the core mission to obtain coffee seeds via diplomatic connections and help establish Portugal’s entry to the world of lucrative coffee growing. De Melo Palheta was not exactly successful at first, so he changed strategy, seduced the French Governor’s wife who after what was decribed as a prolonged affair mixed a couple of coffee seedlings into the farewell bouquet she gave him when he left for Brazil. 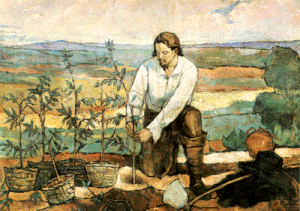 These same seedlings that De Melo Palheta brought into Brazil in 1727 would over one and a half century later find their way back to what today is Kenya and Tanzania, were British colonialists and European settlers re-introduced Arabica coffee growing just south of the Ethiopian forests of Kaffa where Coffea Arabica first had been discovered growing in the wild about 1000 years earlier.

And even today, coffee and sex continue to be intertwined in popular culture, with multiple of references made to the powerful effect of coffee in our daily lives, or as one West-Coast company in the U.S. proclaims, “The world’s last legal drug.”

To read more about the fascinating history of coffee, see our special section:
http://spilling-the-beans.net/category/top-news/fascinatingfact/

As always, we welcome your comments. Happy Coffee Drinking!