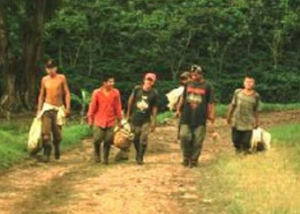 FEB 2014 (FEWS.net)–Poor households in the highlands of Guatemala and in southern Honduras are resorting to atypical, negative coping strategies as a second consecutive year of reduced coffee harvest and below-average Primera staple grain production limit their income and food stocks.

These households will see Stressed (IPC Phase 2) acute food insecurity outcomes through the first half of 2014 until the onset of the Primera harvest. In El Salvador and Nicaragua, households will be able to meet food needs by accessing other sources of income, therefore maintaining Minimal (IPC Phase 1) acute food insecurity. Any additional shock could result in a significant deterioration in food security.

In Guatemala, El Salvador, Honduras, and Nicaragua, coffee production is expected to decline 16 to 32 percent during the 2013/2014 season, compared to 2011/12. In addition, global prices for Arabica coffee in key reference markets have fallen almost 60 percent since their 2011 peak.

These two shocks, in addition to the extra maintenance costs associated with the continued coffee rust mitigation efforts, have significantly reduced profits for coffee plantation owners, especially small producers. The size of the 2014/2015 harvest will depend on the ability of producers to invest in inputs, such as fungicides, that control the spread of coffee rust. 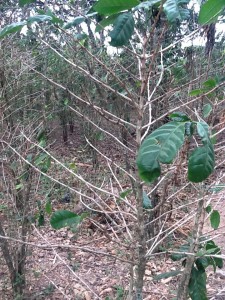 Producers are hiring fewer unskilled day laborers and paying lower wage rates. In Honduras, Nicaragua, and Guatemala, wages have dropped 14 to 22 percent over the last year. In all four countries, labor demand has declined by 16 to 32 percent compared to 2011/12. As a result, poor households dependent on daily unskilled labor opportunities in the coffee sector are expected to see coffee-related income decrease significantly.