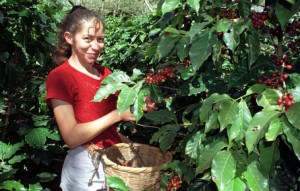 Releasing latest export figures Ihcafe said this compares to total shipments of 617,920 bags in the month of July last year. The massive decline was attributed to the growing impact of the coffee crop pest “leaf rust” which has caused extensive damage across the coffee regions in Central America, Mexico, Peru and the Caribbean.

Total coffee exports from Honduras during the 2012-13 crop cycle, which started last October, fell 15 percent to 4.144 million bags, from the estimated export volume of 4.878 million bags in the same 10-month period a year ago.

Damage to Honduras’ next 2013-14 crop cycle, for which harvesting won’t start until late October, is projected to be more severe as rust-infested trees were too weak to provide sufficient nutrients to sustain the flowering and cherry development process.