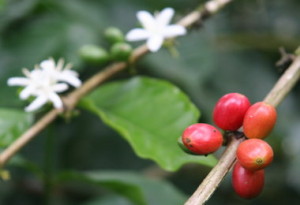 BREAKING NEWS: JAN 6 (SpillingTheBeans)–The next 2014-15 coffee harvest in the world’s top grower Brazil will fall short of expectations and is unlikely to yield more than 51 million 60-kilogram bags, Swiss-UK coffee traders Volcafe/ED&F Man said in a new research note circulated on Monday. A copy of the note was seen by SpillingTheBeans.

Brazil’s current 2013-14 harvest, meanwhile, is now not seen reaching more than 56.2 million bags, said Volcafe, cutting its forecasts for the ongoing harvest by a massive 3.8 million bags. For most of the last year Volcafe has insisted that the 2013-14 crop cycle was going to produce the biggest harvest ever in Brazil, saying and repeating over and over that the current crop was seen yielding as much as 60 million bags.

At SpillingTheBeans we have for the past 10 months respectfully insisted to disagree, saying that erratic weather has caused severe damage to the Brazilian crop on multiple fronts, while the flowering for the next harvest would be in jeopardy because of the 4-year-low prices the market has experienced in the past five months. The low prices have resulted in farm gate prices for producers falling below the cost of production across the world, even among the cost-efficient Brazilian growers who have not been able to keep up with basic maintenance. That combined with continuing weather problems have caused the flowering to not develop at its full potential. SpillingTheBeans has at multiple conferences similarly insisted that Volcafe sooner or later would have to cut its figures and While we still believe the Volcafe-figure for the current year is at least 5 million bags too high, we welcome the news that the trading house has taken steps to adjust their figures.

Volcafe also said a deficit of 5 million bags is expected in preliminary forecasts for the world supply-demand balance in the new 2014-15 cycle, primarily because of expectations for the Brazil crop to drop to 51 million bags after multiple problems to the flowering process.

“We would like to share our field observations with you, as they substantially change the 60 mio figure that we pencilled into the 2014-15 statistical scenario in the November quarterly report released last month. We have found evidence in the field that encourages us to settle on a 51 mio bag crop estimate for the 2014/15 season, with around 35 mio bags of arabica and 16 mio bags of conillon,” Volcafe said in the note.

“This low arabica crop that we have seen over our month-long survey is due to two main factors, one physiological to the tree, and one an economic decision by farmers. We have observed a higher than expected rate of flower abortion. This disappointing fixation of flowers, in particular in the South of Minas, is due to high productive stress from two large crops in a row.”

Volcafe said many farmers also had opted to carry out excessive pruning of trees, taking advantage of the low prices leaving them with less revenue losses doing this additional pruning now. In addition, concerns remain as to how much and how efficiently Brazil’s coffee growers will be able to fertilize given the low prices, said Volcafe.

“In regards to current fertilization, due to the low price of coffee, Brazilian producers need to pay the equivalent of the money received from eight bags of coffee to fertilize one hectare. We will carefully watch farm treatment over the next months. With a 51 mio bag Brazil crop figure, our 2014/15 statistical balance becomes a deficit of around 5 mio bags, coming after two years of statistical surplus in 2012/13 and 2013/14.”

SpillingTheBeans considers this latest harvest update from Volcafe on Brazil to be particularly significant to the market as this particular trading house for years has been known to be the most optimistic of all when it comes to Brazil production figures.

Stay tunded for more news on the coffee market in 2014 and Happy New Year to all!