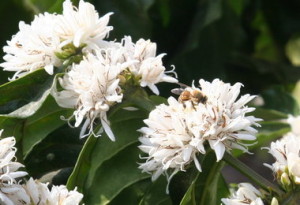 DEC 15, 2014 (SpillingTheBeans)–The International Coffee Organizations, ICO, has projected the 2014-15 world coffee crop to produce a 141 million 60-kilogram bags of coffee next year, down from the approximately 145 million produced in the last 2013-14 coffee year.

The first official figure was SPOT-ON in line with SpillingTheBeans’s prediction that the ICO would be hard pressed to come out with a figure either below or above a range of 140 million to 141 million bags for the new global coffee year, which officially started on Oct. 1st.

The ICO reported that Brazil’s Conab agency is expecting the country to produce 6 million bags less than the previous year. The ICO says some of this deficit will be covered by Colombia’s continued recovery, but the gap will not be totally offset. There have been mixed reports from Vietnam, and the ICO says export reports from Indonesia are pointing to lowered production.

This news didn’t lift prices in November, which were curtailed by reports of rains in Brazil. The ICO noted that all group indicators decreased, also the drop was less noticeable in Robusta. The monthly ICO Composite price was US$1.62 per pound for November, 6.2 per cent lower than October, but higher than September. The ICO noted that price volatility was also noticeably calmer in November.
-0-