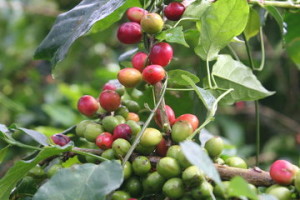 JULY 8 (SpillingTheBeans)–Active September Arabica coffee futures surged 3.55 cents higher to $1.1465/lb in early trade on Monday at the ICE exchange in New York as pictures and reports from the world’s largest grower Brazil showed evidence that the new 2019-20 harvest has been hit with damaging frost over the weekend. More forward December futures also opened higher and quickly rose 3.50 cents to an early intra-day high of $1.1830/lb.

The intensity of the cold and the widespread impact of frost damage took the market by surprise after Friday’s lower close. Traders told SpillingTheBeans that many market players were caught off-guard and needed to cover short positions as the cold front — albight analysts and weather forecasts had warned the market through out of last week — had not been expected to be hitting producing regions with such low temperatures, nor affecting as many KEY regions as the freezing cold did.

See more details about the current frost in Brazil in our earlier report here; http://spilling-the-beans.net/breaking-news-frost-damage-reported-in-key-brazil-coffee-regions-2019-20-crop-to-suffer-losses/

The frost could extend for another two days with damaging low temperatures forecast to last through Tuesday. Stay tuned as SpillingTheBeans continue to follow events. . .
(MORE)