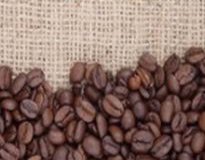 AUG 2–September Arabica coffee prices recovered some ground on Friday and closed up 2.65 cents per pound at the ICE futures exchange in New York to settle the week at $1.1825/lb. Prices opened 0.20 cent higher at $1.1580 and gradually recovered most of the losses from Thursday’s session. Compared to the last few weeks of trading, prices closed down 3.3 percent on the week-ago level, but remained flat of the price levels seen mid-July. More forward December prices, meanwhile, closed down 2.70 cents at $1.2105/lb and traders said the key market indicator for the coming weeks will continue to be coffee policies and ongoing progress of the new 2013-14 harvest in the world’s top grower Brazil.

***
AUG 1–September Arabica coffee took another beating Thursday at the ICE futures exchange in New York, closing down 3.00 cents per pound at $1.1560/lb after another session with traders operating under the illusion of a big world crop surplus thanks to a bigger than average off-cycle crop in the world’s top grower Brazil. Prices were up in early trade as the bull camp in the market tried to rally momentum for a rise but the half-hearted attempt was quickly played down as the bear camp drove prices down to fresh 4-year lows. Another factor manipulating the market sentiment is the recent publication by the International Coffee Organization of an alleged “record crop” in Indonesia’s 2012-13 crop cycle of up to 12.7 million 60-kilogram bags. The reality, however, is that the Indonesian 2012-13 harvest cycle was wrapped up last March and had final production ending at well below initial forecasts at between 9.7 million and 10.2 million bags, with exports at 6.1 million bags. Early pickings of the new 2013-14 crop in Indonesia have already been reported severely damaged due to a combination of drought and excessive rains, while similar weather problems also have caused severe losses to the new crop in Brazil.

JULY 31–September Arabica coffee continued to weaken on Wednesday, closing down 1.70 cents per pound at $1.1860/lb on the ICE futures exchange in New York after another session dominated by heavy selling by the bear camp. Coffee prices opened down and failed to gain momentum for an upward movement, despite many exporters and traders in the world’s largest grower Brazil insisting that weather damage has led to a significant cut in production from the new 2013-14 harvest. The more forward December contract, meanwhile, closed down 1.65 cent on July 31st at $1.2130/lb.

JULY 30–September Arabica coffee closed down 0.85 cent per pound on Tuesday at the ICE futures exchange in New York and settled at $1.2030 per pound after prices lost momentum for a rise as concerns eased over pending frost fears in the world’s largest grower Brazil. Prices opened a tad weaker but recovered and rose 1.30 cents to $1.2245 before giving in to the bear camp in the market. Uncertainty over the extent of rust damage in Central America and other weather-related damage elsewhere in the world continues to leave the market with uncertainty over the direction for the nearby term. The more forward December contract, meanwhile, closed down 0.55 cent on July 30th at $1.2295/lb.

JULY 29–September Arabica coffee closed down 1.10 cent per pound on Monday at $1.2115 per pound at the ICE futures exchange in New York after a session which was dominated by a tug of war over direction. The bull camp in the market continued its campaign to try take the overall trading range higher and managed to get price up 1.10 cents before the bear camp entered activity and pulled the market all the way down to $1.1980, the lowest level in the last two weeks of trading. While concerns over weather problems in the world’s top grower Brazil eased in the market local reports from across the Brazilian coffee producing region, however, remain focused on increasing damage from excess rains. The more forward December contract, meanwhile, which closed down 0.80 cent on July 29th at $1.2345/lb.