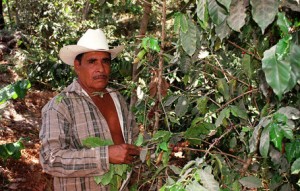 July 12 (SpillingTheBeans)–Two Mexican coffee farms from the country’s second largest coffee growing state of Veracruz took the top price in a tie with each lot of beans fetching $30.10 per pound in this year’s Cup of Excellence internet auction.

Mexico’s Cafetal la Herradura from Coatepec tied for the top spot with the coffee estate Cañada Fría from the other Veracruz region of Huatusco.

The winning lot of Cafetal la Herradura came in first in the cupping competition held prior to the auction, with a score of 90.44 points out of a maximum 100. It was bought by the Ueshima Coffee Company, Japan’s largest coffee roaster which holds a market share of between 25 and 30 percent in the Japanese coffee industry.

The lot from Cañada Fría, meanwhile, scored 88.89 points and was bought by a joint bid of Japanese roasters Maruyama Coffee, Itoya Coffee and Ponpon Coffee, and Taiwanese roasters Orsir Coffee.

This year’s Cup of Excellence in Mexico is only the 2nd time Mexico has held this competition for its growers. But despite running in the 14th year and now having held auctions in 15 countries, Mexico’s coffee industry joined the auction in style when they last year achieved the 2nd highest price ever reached in a Cup of Excellence auction with $50.21/lb. This runs second to the world record holder Guatemala with $80.20/lb.

Congratulations to Cafetal La Herradura, the Cañada Fría and their buyers.