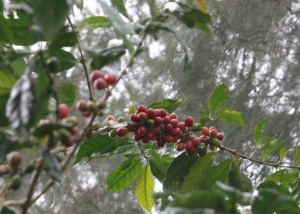 NOV 29 (SpillingTheBeans)–Mexican coffee exports in the month of October, the first month of the new 2013-14 crop year, fell 28 percent to 168,338 (60-kilogram) bags, down from 232,995 in the same month last year, the Mexican Coffee Producer Association, Amecafe, said this week. The value of the October export volume fell even more sharply, a drop attributed to the close to 7-year current low prices for Arabica coffee in the world market, dropping 49 percent to US$343.3 million compared to $676.9 million in October last year.

Coffee industry officials in Mexico have attributed the reduced volume to the growing impact from leaf rust, a crop pest that have attacked Arabica coffee regions across Southern Mexico, Central America, the Caribbean, Peru and Ecuador in what is considered the worst outbreak in history for the entire Latin American region, a region that normally supplies as much as 70 percent of the world’s mild washed Arabica exports.