SpillingTheBeans is truly excited about wishing everybody a Happy New Year and we are looking forward to an exciting start to 2015, with the first trip of the year going to Costa Rica and the Caribbean. In anticipation of our upcoming reports from the trip, we are honored to share this report on sustainability in coffee in Costa Rica. 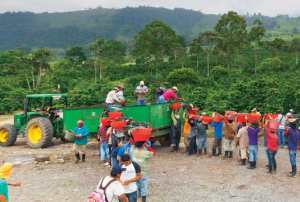 First it was Champagne from France, then the Mexicans took its Tequila to the world trade courts to protect its uniqueness. Since the world of coffee first started to take a closer look at the international trade regulations covering what constitutes a “Denomination of Origin” seal for specific producing regions the topic quickly became a hot topic. In the long and complicated path toward obtaining this much coveted internationally protected trade mark Central American producer Costa Rica has managed what few has: The 100% launch of the “Geographical indication” for all Costa Rican coffee. (From the Sep 2014 issue of GCR Magazine)

It sounds pretty simply. Coffee produced in Costa Rica should be easily identified in the market place as Costa Rican coffee, no? But with coffee production established in more than 90 different countries and island nations, this has more than a couple of times proven to be much more difficult to manage. Add the wildly differing premiums paid per pound of coffee for an average Central American bean compared to a top-notch scoring batch from Guatemala’s Antigua region or the Tarrazu area of Costa Rica, and it’s no wonder than coffee smuggling and contraband sales of beans from across the world take place on a regular basis.

“It was the year 2000 when visionary people decided to answer a big concern. The big question at the time was how to protect the quality, and furthermore the value proposition, of our unique sustainable production,” Mario Arroyo, Marketing Director of ICAFE, tells GCR Magazine. “This triggered the idea of Geographical Indication and the eight Origin Denominations as seals of the origin’s sustainability throughout the chain.” 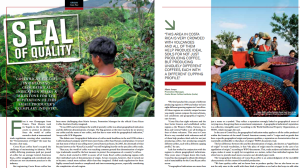 The debate over Geographical Indication of coffee made headlines in the mid-1990s when a California-based company sold 10 times more Kona coffee than Hawaii could produce. It turned out that most of what it was selling was Central American beans. By 2005, the aftermath of what became known as the “Kona Kai scandal” was still weighing heavily on the specialty coffee trade. That year, the world of coffee reached common ground that denomination of origin-type trademarks would be the best measure to protect the uniqueness of a country’s coffees.

And so ICAFE also started in 2000 to secure all of Costa Rica’s coffee producing regions with their individual seals of Origin Denomination. Arroyo recounts, however, that it turned out to become a much more tedious affair than they imagined. Global trade regulations for these highly coveted seals involve a complicated and time-consuming process, especially considering the complexities of each region.

“We first launched the concept of different producing regions in 1988 and today we have eight different growing regions in Costa Rica. All these regions are entirely unique. Moreover, growing quality implies the interaction of so many aspects: genetic, agronomic, climatic, geographic, social, economic and environmental variables that must be protected as added value. These relate to the uniqueness of the origin and benefit the producers,” says Arroyo. 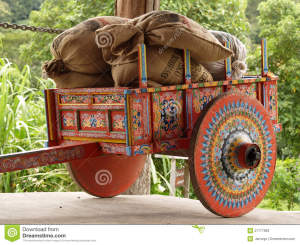 In the case of Costa Rica, the Geographical Indication today applies to all the coffee produced within the frontiers of the small Central American country and is “a sign used on goods that have a specific geographical origin and possess qualities, a reputation or characteristics that are essentially attributable to that place of origin,” WIPO documents read.

The key difference between Geographical Indication and Origin Denomination – also known as “appellation of origin” in trade vocabulary – is that “the place of origin must be stronger in the case of an appellation of origin,” according to WIPO documents. This, trade analysts and industry officials argue, makes it easier to apply for recognition as a nation, rather than individual regions that often have to provide much more excessive and detailed paper work. 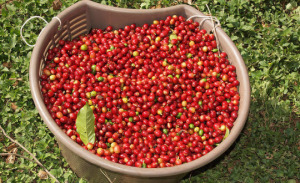 From climate change to the ongoing demand for increased efficiency at all levels of production, Arroyo admits that the challenges to the future of coffee can seem overwhelming and…

To read the full article for FREE please see: http://gcrmag.com/market-reports/view/cafe-de-costa-ricas-seal-of-sustainability
-0-