The birthplace of commercial coffee production as we know it today, the Ethiopian region of Harar is a mythical destination which to coffee lovers offers an intriguing and rare pilgrimage in search of the origins of the humble little bean that is the source of the world’s favorite beverage and the second largest traded commodity. Yet long taken over in commercial importance by other and bigger Ethiopian regions, the coffees of Harar are starting to find its way back into the global specialty trade. This is not only where it belongs due to the unique historic significance of Harar, but this is exciting news to industry officials and consumers alike, who can expect to see a lot more Harar coffee in their daily cup of coffee in the coming years. In this special report for GCR Magazine’s March 2016 edition SpillingTheBeans owner and author, Global Coffee Writer Maja Wallengren, takes readers along on this EXCLUSIVE trip back in coffee history, accompanied by devoted Ethiopian coffee roaster Orit Mohammed of Boon Coffee Dubai, UAE. 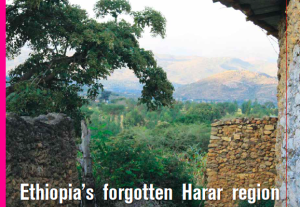 With coffee farms carved straight out of dense rocks in highlands so dry that they from the outside appear to be part of the Sahara dessert, eastern Ethiopia’s Harar coffee region is a place where simple adjectives do not do justice, neither to the many cultural gems and historical sites, nor to the quality and unique flavor profiles of its coffee.

Coffee production in Ethiopia has been on the rise in the last six to eight years, and among roasters and specialty buyers, it’s beans from the larger and more commercially famous coffee regions such as Sidamo, Limmu and Yirgacheffe that have dominated the trade. But this is starting to change.

“In the last 10 years we have started to see an important rise in the volume of coffee coming out the more traditionally known regions such as Sidamo, but what is so exciting now is that we are also starting to see more coffee from other regions like Kaffa and Harar starting to reach the market,” said Orit Mohammed, who runs Boon Coffee importers and roasters of Ethiopian specialty beans in Dubai.

“This is not only good because it’s quality coffee but it really helps differentiate between the different Ethiopian coffees and add choices for both roasters and consumers when it comes to how to appreciate our coffee,” said Mohammed, who herself was born in Harar and raised in Ethiopia.

The new 2015-16 harvest in Ethiopia is expected to produce between 6.5 million and 7 million 60-kilogram bags, about the double of what Ethiopia’s national coffee crop reached 10 years ago before new foreign investment policies and marketing reforms started to open up for renovation programs and new plantings across the country. 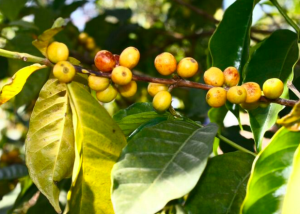 Harar is one of Ethiopia’s smaller coffee regions, accounting for annual production of between 550,000 and 600,000 bags, or between 7 and 10 percent, according to figures from the Ethiopian Ministry of Trade and Industry. But the region is where the world’s first commercial coffee farms were planted by Arabian traders sometime around the 10th Century, according to historical research. As such Harar coffee plays a unique role in the history of coffee and how it spread to the world since the initial discovery of Coffea Arabica around the 6th Century in the south-western Ethiopian province of Kaffa. At the time Arab traders based in and around the Red Sea strait near the port of Mocha initiated the pioneering major large-scale commercial plantings of coffee in southern Yemen between the 10th and 12th centuries, coffee had already been planted commercially in the eastern and western Harar mountains for at least 100 years. 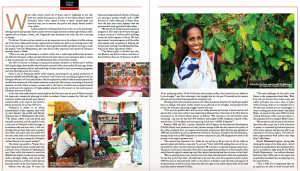 “Ethiopia is home to so many extraordinary coffee regions, each with its own distinct cup profile and flavor characteristics. This is why the coffees in Ethiopia are all named after the geographic location where they grow, but Harar coffee really stands out both because of the quality and also because of the long history directly linked to coffee growing here,” Mohammed told Global Coffee Report Magazine.

“The Harar coffee is all sun-dried and naturally processed, and the quality is such a rare part of Ethiopia’s coffee heritage so as someone who was born here, I feel very strongly that we must make sure to protect this coffee and ensure that this coffee will not only come back to the volumes we used to see, but increase among the Ethiopian coffees offered in the export market,” said Mohammed.

She said the Harar cup profile is “known for a fruity characteristic and a creamy body with a distinct note of blueberry” and since coffee first started to reach the Middle East market via the ancient trading routes through Dubai and across the Ottoman Empire, it is Harar coffee that has been the source of the most famous beans. 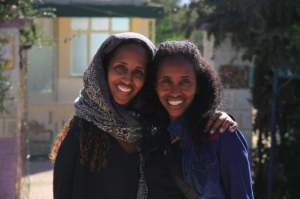 The efforts of the last 10 years of financial and agricultural reforms in Ethiopia are starting to produce results, with 12,000 hectares of coffee replanted in Harar alone in the last four years, figures from the government’s local agriculture office show.

“We started the replanting and expansion program in 2011 and so far we have managed to plant a total of 17 million coffee seedlings across the coffee regions in Harar and we have agronomists extension agents in all the coffee associations and cooperatives helping the farmers with training,” said Mohammed Nur, head of the Harar Agriculture Office.

“The Harar region is divided into two, the Western and Eastern Harar, and here in Eastern Harar there is 19 districts of which 10 are producing coffee. Of the 10 districts that produce coffee, 3 have been very badly hit by the drought,” said Nur, referring to the worst drought in over 50 years that for the past 10 months have hit eastern Ethiopia and provoked mass appeals for emergency aid. 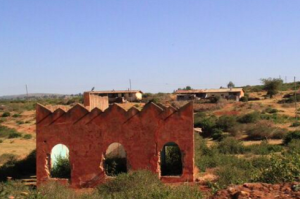 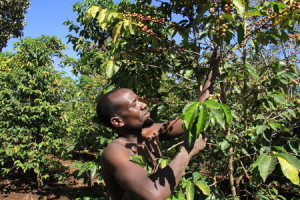 Driving up from the arid plains and into the coffee mountains, however, the landscape quickly starts to change with green valleys clearly not as affected by the drought. And producers here are for the most part expecting a bigger harvest this year. “This year the growers here will see more coffee because the harvest is better and we will also be able to buy more coffee. We continue to see the member count increasing; Last year we had only 879 members and bought 63,882 kilograms of green coffee, now we have 1,119 members and are expecting to buy over 150,000 kilograms,” said Abduraman Mumad Umer, Chairman of the ACC cooperative in the Eastern Harar district of Bedeno.

Between 2009 and 2011 a project funded by the U.S. Agency for International Development, USAID, helped the local producers not only increase average yields but also improve quality of the coffee produced here. An organic and fair trade cooperative the ACC was founded in 1990 and its members are all tiny growers with about 0.5 hectares. Thanks to the USAID project average yields rose to 600 kilograms per farmer compared to just 200 kilograms for most of the farmers in the region, growers said. 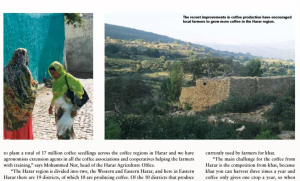 “Our quality has improved a lot, today we can sell up to 90 percent of all our coffee as specialty grade and before it was only 75 percent of our coffee that would qualify,” Umer told GCR Magazine during a visit to these remote mountains, adding that one of the coop member’s coffee recently scored an impressive 88.5 points in a regional cupping competition. The gains in both price and quality have also encouraged more producers to look toward coffee rather than the region’s competing crop, Khat, when considering how best to invest in their land.

“We are planting more trees, and the size of the land cultivated with coffee has expanded in the last few years,” said Umer. He adds that in the next five years the Coop plans to plant 5,000 hectares of new land with coffee in the district of Bedeno, with the help and support of the government as well as private exporters who are eager to see coffee replace some of the land currently used by farmers for khat.

“The main challenge for the coffee from Harar is the competition from Khat, because Khat you can harvest 3 times a year and coffee only gives one crop a year so when coffee prices go down or are unstable like in the last year farmers are not encouraged to invest in taking care of their farms,” said Basha Mawi, an exporter who since 2006 has been trading Ethiopian coffee and specializes in Harar grades with his company Mawi Coffee, which is based in the coffee trading town of Dire Dawa. 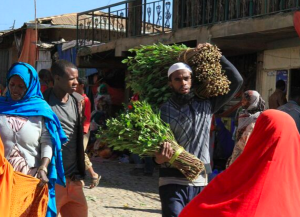 “But we also see that as soon as the farmers have been able to get just a little education in proper or improved agricultural practices we immediately see that as their prices improve and they are able to get a good price for their product, they also see more opportunities with coffee rater than Khat,” said Mawi.

Boon’s Mohammed agrees, saying that chewing the leafs of the khat plant – which produces an amphetamine-like stimulant effect and is considered a light drug by the World Health Organization – is a tradition that goes back more than 1000 years in the region and as such khat has always been a competing crop for local farmers.

“This is why it’s so important that we as exporters are able to work directly with the farmers and find ways to buy their crop directly so that the farmers can get the best price possible for their coffee,” she said. 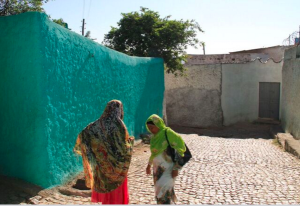 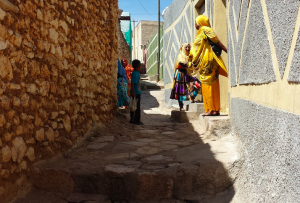 Back in the town of Harar, coffee lovers are in for a treat when searching for the best beans in the bustling street markets of the tiny souks crisscrossing the old town hidden behind the 13th Century city wall gates. This is where coffee drinking is revealed in all its glory, from walking merchants setting up shop for who ever wants a tiny cup of strongly-brewed Ethiopian coffee to booths where the traditional Ethiopian Coffee Ceremony is performed at regular intervals, all for the sake of pleasing local customers’ love affair with the bean. Considered the fourth holy city of Islam and dating back to the 7th century, according to the United Nations Educational, Scientific and Cultural organization, UNESCO, Harar is at the very heart of where coffee culture first was developed. Visitors feel like stepping right into a character of the classic One Thousand and One Nights rather than being on a crop trip in search of the top quality rare coffees now starting to emerge from a forgotten time. 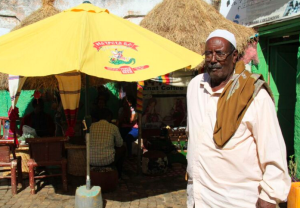 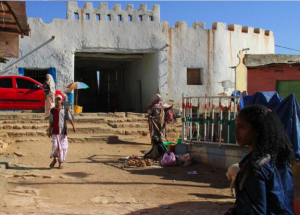 Ethiopia’s Agriculture Ministry has pegged exports from the new 2015-16 harvest to reach a record 4.3 million bags. The U.S. Department of Agriculture is more conservative, forecasting coffee exports to reach 3.5 million bags, but this would still be the double of what the world coffee market received from the birth place of Arabica coffee 10 years ago when exports averaged between 1.7 and 1.9 million bags in most years. And exporters like Mawi and Boon are excited to see a growing share of this coffee coming out of the rugged Harar mountains.

“Harar has always been home to some of the very best coffee Ethiopia has to offer, and on top of the quality Harar has such an incredible historic importance to how coffee was brought to the world so we really need to ensure that Harar coffee is seen in the market place again as a single origin bean,” said Boon’s Mohammed, and ads with a twist in her eyes: “When you try Harar coffee, you will be able to taste the difference in just one sip!” 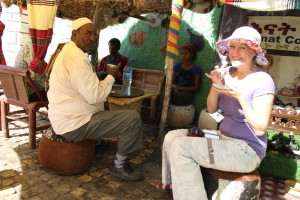 Read More, download the Global Coffee Review ipad app and keep up to date with everything coffee.http://gcrmag.com/market-reports/view/ethiopias-forgotten-harar-region-returns-to-coffee-market

COFFEE MARKET ANALYSIS: The Slaughter Of The Growers, A Market In Denial?!
Coffee in Cape Verde