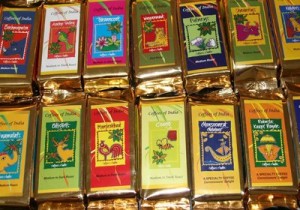 India has for years been among the world’s 6 or 7 largest coffee growing countries. But while most consumers know India better for tea, the popularity of Indian coffee has been growing steadily in foreign markets during the last decade. The Australian market is no exemption with imports of both top-end Robusta beans as well as a variety of single estate and specialty Arabica coffees now picking up.

It all started with seven coffee seeds smuggled into India from Yemen during the late 17th Century. From these seven seeds one of the world’s earliest coffee industries would blossom into become one of the largest coffee producing nations across the globe. And despite still being better known for growing tea coffee is growing on all fronts in India.

“We have selected a number of markets to focus more on and one of the markets that we really believe will grow more is the Australian market,” said Jawaid Akhtar, chairman of the Coffee Board of India. “It’s already a very important market to Indian coffee but through a number of market studies we have found that this is a market where there is a big potential still to come for the development of coffee drinking,” Akhtar told BeanScene Magazine during the 2013 Melbourne International Coffee Expo in late May.

With some 400,000 hectares cultivated with coffee across India today, the nation of over 1.2 billion people are not only growing more coffee in its 17 different producing regions. Total annual production has been growing slowly over the last 10 years from between 4.5 and 4.8 million 60-kilograms a decade ago to between 5 and 5.3 million bags in the last few crop cycles. And the CBI expects the figure to continue to climb gradually to about 6 million bags over the next 5 to 10 years and a further 6.2 to 6.4 million bags in another 15 years as new regions already planted with coffee start entering the production cycle. 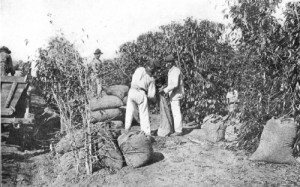 “Traditionally all our coffee has been in the south with the three states of Karnataka, Kerela and Tamil Nadu making up for between 90 and 95 percent of India’s total annual coffee production. The rest of the regions being are all very small in output but during the last 15 years we have gradually been adding 60,000 hectares of new coffee in our main new region, the Araku Valley in the state of Andhra Pradesh in north-eastern India,” said Akhtar.

That yields are low may be an understatement, because while coffee yields in India today has managed to improve to an average 11 to 13 bags of green coffee per hectare – which puts India in the top-10 for productivity in the world of coffee – the average yields in Araku Valley is as low as 3 to 4 bags per hectare.

*For the full copy of my special report on India’s coffee roots, please see the July edition of the BeanScene Magazine: http://globalcoffeereview.com/market-reports/view/indian-coffees-deep-roots

*Subscribe to the Global Coffee Review, available for free via iPad at
https://itunes.apple.com/app/id584714407